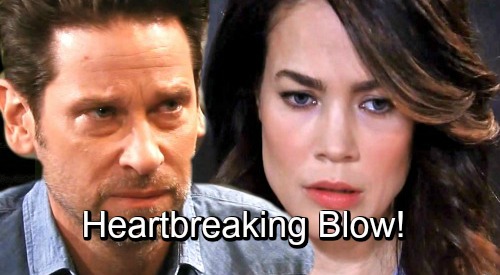 General Hospital (GH) spoilers tease that Liz (Rebecca Herbst) has some drama headed her way. She’s already been having a rough time with her boys lately. Cameron’s (William Lipton) growing closer to Josslyn (Eden McCoy), which obviously concerns Liz. She hates the thought of adding to dying Oscar’s (Garren Stitt) pain right now, so that’ll remain a concern for her in the coming weeks.

However, Aiden (Jason David) seems to be Liz’s priority. The kid’s clearly got some issues that need to be resolved. Willow (Katelyn MacMullen) revealed that Aiden rarely wants to play outside with his classmates. He barely even interacts with the other students, so Liz doesn’t understand why he’s become so withdrawn.

On November 14, Liz will face a challenge. Her patience will quickly wear thin, but she’ll try to hang in there. Being a mom isn’t easy, but Liz is definitely a devoted one. She’ll do whatever it takes to make sure Aiden gets the help she needs.

Franco (Roger Howarth) will also reach out to Scott (Kin Shriner) that day, so he may need some advice. He might have trouble knowing just how involved to be. Franco doesn’t want to push too hard, but he’s trying to prepare for the role of stepdad, too. Finding the right balance will be tricky, but Franco will do his best to make it work. Perhaps Scott will have some helpful guidance to pass along.

Unfortunately, GH spoilers say things will get worse. November 15 will bring a heartbreaking blow for the “Friz” family. Kiki (Hayley Erin) will still be alive at that point, so this is probably about Aiden. Maybe Liz will find out the real reason for Aiden’s school problems. If there’s some deeper sob story, that could certainly leave Liz distraught for her son.

Nevertheless, Liz won’t wallow in sorrow or let Aiden think she’s giving up. General Hospital spoilers say Liz will fight for his happiness. On the new GH episode November 15, Liz will take steps to improve Aiden’s situation, so let’s hope her hard work pays off. If there’s a bully or an inner struggle that Aiden’s dealing with, Liz will hope to resolve the crisis ASAP.

General Hospital fans won’t want to miss this difficult journey for Liz and her family. We’ll give you updates as other GH news comes in. Stay tuned to the ABC soap and don’t forget to check CDL often for the latest General Hospital spoilers, updates and news.