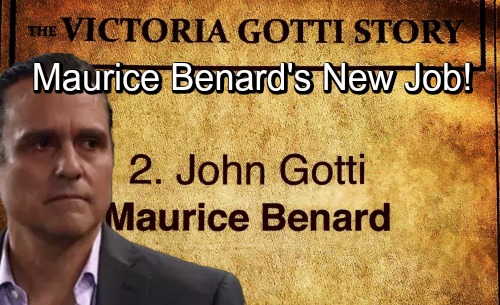 General Hospital (GH) spoilers reveal that Maurice Benard has a new job – the fan favorite, who plays Sonny Corinthos on the ABC soap has been cast in an upcoming Lifetime Movies biopic. This exciting drama is called “The Victoria Gotti Story” and Maurice is cast as John Gotti, “the Teflon Don” himself! Maurice officially revealed this on his Facebook, Instagram and Twitter pages September 9.

The movie, which has just started production, is being produced and written by Victoria Gotti, of “Growing Up Gotti” fame. She is the daughter of John Gotti, but at this time details have not been released as to whether the movie is mainly about her or her mother, also named Victoria, although undoubtedly both will be featured in the movie.

For those General Hospital fans who are unfamiliar with Victoria Gotti, she could be considered a real-life “Mafia Princess”, although she prefers not to be. She is a publisher and writer and has appeared in several reality series in addition to “Growing Up Gotti” which aired on the A&E Network between 2004 and 2005, and featured Victoria and her three sons, Carmine, John and Frank. 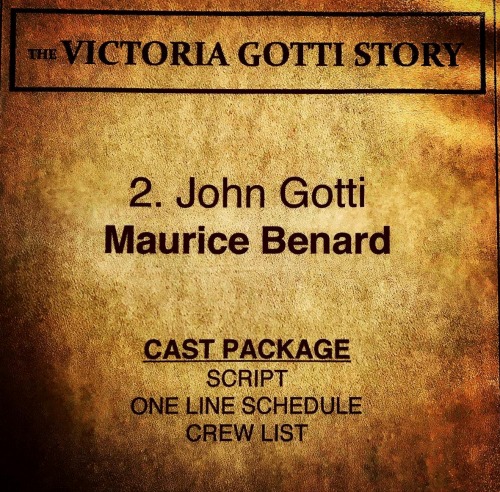 In an appearance on the ABC newsmagazine show “Good Morning America” in 2009 she claims that as a child growing up, she never knew of her father being a Mafia crime boss. Much like Maurice Benard’s General Hospital character Sonny Corinthos, her father kept “the business” separate from his family, and neither Victoria or her mother knew of his involvement in the Mafia until the mid-1980s. Maurice’s experience playing Sonny appears to have made him an excellent fit to play the “Dapper Don” as John Gotti was also known.

Maurice Benard has not released many details about the movie, but then neither has Victoria Gotti. Maurice has played in several Lifetime TV movies in the past, including as Desi Arnaz in “Lucy and Desi: Before the Laughter” in 1991. Keep checking CDL for General Hospital spoilers and any future details on Maurice Benard’s latest non-GH endeavor!