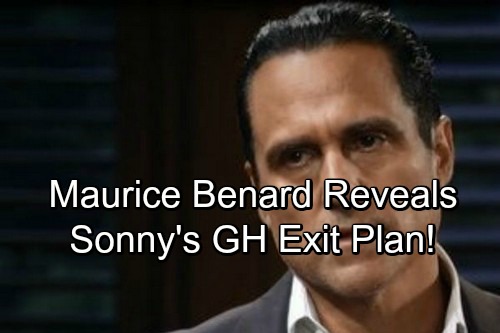 General Hospital (GH) spoilers tease that Maurice Benard (Sonny) plans to stay in Port Charles for a while, but he definitely has an exit goal in mind. At the Television Critics Association’s (TCA) winter press tour, several GH stars gathered to take pics and give interviews. Benard was one of them and he dropped a huge bomb!

Lisa Richwine is a media reporter for Reuters, so she attended the event and provided some great Twitter updates. She tweeted something for interested General Hospital fans and it involved a statement from Benard. When asked how long he’d be sticking around, Benard admitted he had a departure timeframe he’d been mulling over. “I’m thinking another two or three years,” Benard said.

At least that gives everyone time to process the news and prepare for this exit. Some GH viewers will rejoice and others will be crushed. No matter what camp you fall in, it’s safe to say a Sonny-less show would be quite different.

General Hospital could always recast, but it’d probably be better just to kill Sonny off and let it go. Benard originated the role and has been with the show since 1993. There were a few breaks here and there, but Benard is the one and only Sonny. It makes more sense to give the character a fitting sendoff and focus on other PC residents when he’s gone. 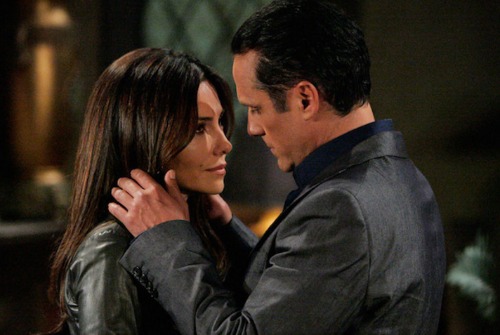 At the TCA event, there were other cast members on hand to acknowledge the show’s big accomplishment. GH is celebrating 55 years on the air and 14,000 episodes. That’s a lot of drama in Port Charles! Laura Wright (Carly), Steve Burton (Jason), Donnell Turner (Curtis), Vinessa Antoine (Jordan) and Jacklyn Zeman (Bobbie) all made appearances.

The press tour featured an awesome reel of GH clips and a candy bar station for guests to enjoy. It sounds like it was a fun gathering! As for Benard, there’s always a chance that he’ll change his mind about leaving so soon. You never know what can happen down the road.

Nevertheless, Benard currently has an exit strategy and that’s something to keep think about. For now, General Hospital spoilers say Sonny will continue to be involved in Jason’s search for the traitor truth. We’ll keep you posted as other GH details emerge. Stay tuned to the ABC soap and don’t forget to check CDL often for the latest General Hospital spoilers, updates and news.