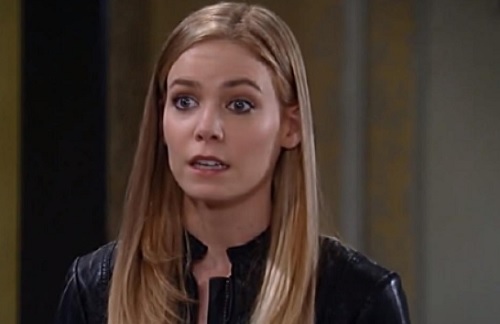 General Hospital (GH) spoilers tease that Michael (Chad Duell) will mull over his next move. Nelle (Chloe Lanier) insisted that Chase (Josh Swickard) was stalking her and part of Michael may have believed it initially. After all, Chase followed Nelle to Florida and eventually ended up in Port Charles. That’s a bit suspicious, so Michael warned Chase to keep his distance.

However, it looks like Michael will change his mind soon. He’d have better luck keeping Chase close and perhaps working together on a plot. Thanks to Spinelli (Bradford Anderson), Michael was able to keep tabs on Nelle’s online activities. Nelle claimed that Chase sent her a significant T-shirt, but Michael caught her in a lie. He saw where she actually ordered it herself.

On new GH episodes next week, June 25-29, Nelle’s little shopping spree will continue. General Hospital spoilers say she’ll go for flowers next time. It seems Nelle will pretend to panic over an arrangement she receives. Michael will likely play along and promise to have another chat with Chase. He won’t want to tip his hand and give Nelle the chance to wiggle out of trouble. 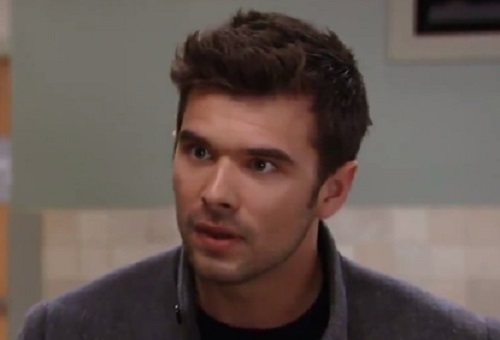 GH spoilers say Michael will come up with a shocking ruse. He’ll hope his elaborate trick is exactly what he needs to expose Nelle. Of course, Michael will need some help with his scheme. Maybe Chase will become part of this sneaky trap.

On the General Hospital episode of June 26, Michael will be warned and Chase will cave in. If combine those General Hospital spoilers, it could mean that Michael will ask Chase to assist him. Chase might warn Michael that Nelle could chew them up and spit them out. He may suggest that they’ll have to be incredibly careful or they’ll both pay the price. After Michael reveals his foolproof plan, Chase may ultimately get on board.

It’s clear that Chase is desperate to get justice for Zach and himself. He also believes Nelle played a role in Carly’s (Laura Wright) suffering, so he may feel obligated to pitch in. If Chase hadn’t fallen for Nelle’s lies, she might’ve been locked up long ago. Nelle never would’ve even showed up in Port Charles. Chase may want to make up for his mistakes and finally stop Nelle’s chaos for good.

This Chase-Michael partnership sounds like a great idea, but is it really? Michael could be taking a gamble here. Could Chase have a deeper weak spot than he realizes? Will he blow Michael’s plot or come through for him instead? We’ll give you updates as other GH news comes in. Stick with ABC soap and don’t forget to check CDL often for the latest General Hospital spoilers, updates and news.