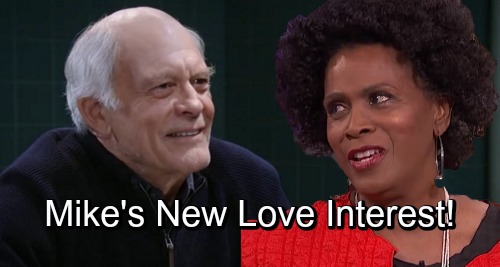 General Hospital (GH) spoilers is pleased to pass along some exciting casting news. Mike (Max Gail) recently mentioned a fellow patient at the memory care facility that he favored…Yvonne. We’ll soon see Yvonne on screen interacting with Mike, and the role will be portrayed by veteran actress Janet Hubert.

If Janet looks familiar, that’s because she’s appeared in a host of television series over the years. She is best known for portraying Vivian Banks on The Fresh Prince Of Bel-Air from 1990-1993 alongside Will Smith. She has also appeared in other series, such as The Bernie Mac Show, If Loving You Is Wrong, and House of Payne.

Janet is not new to soaps, either. She appeared on One Life To Live as Lisa Williamson from 2005-2010, and on All My Children as Alice Dawson in 1999.

Janet will first appear on screen as Yvonne starting on Friday, December 7. It will be interesting to see how Mike’s relationship with Stella (Vernee Watson) changes now that Yvonne is in the picture. Mike and Stella are close friends who do a little innocent flirting here and there, but if Mike gets serious with Yvonne, then things might change.

Of course, nothing could ever happen between Stella and Mike, given that Mike is Stella’s client. And besides, Stella will be distracted with the new addition of Marcus (Nigel Gibbs) in her life.

Are you excited to see a new love interest for Mike? Stay tuned to the ABC soap and don’t forget to check CDL often for the latest General Hospital spoilers, updates, and news.