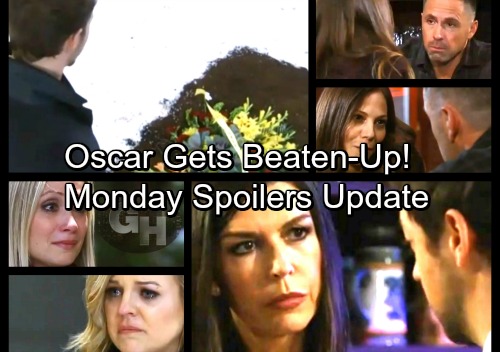 General Hospital (GH) spoilers for Monday, February 12, tease that Spinelli (Bradford Anderson) will have a chat with Anna (Finola Hughes). She’ll wonder if he’s made any progress on the Heinrik case, but Spin will admit he’s come up empty. They’ll wonder what other steps they could take to learn Heinrik’s new identity.

GH fans know Peter (Wes Ramsey) is the one they’re looking for, but he’ll certainly be difficult to catch. For now, Peter will grieve for the brother he never really knew. He attempted to save Nathan’s (Ryan Paevey) life after Faison (Anders Hove) fired a shot, but nothing could be done in the end. Peter will look down at Nathan’s fresh grave and suggest that he’s sorry for the way things turned out. 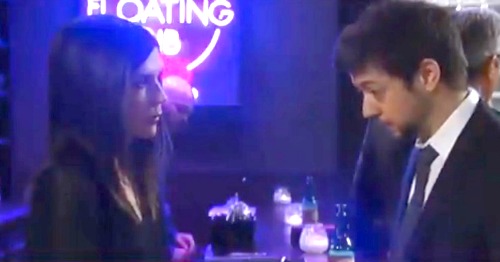 Meanwhile, Lulu (Emme Rylan) will try to calm Maxie (Kristen Storms) down. She’ll insist that if she had known Nathan would die, she never would’ve done the interview. That set Faison’s return to Port Charles in motion, so Maxie’s understandably upset. General Hospital spoilers say Maxie will continue to rant. She’ll feel like it’s Lulu’s fault that her world has suddenly crumbled.

Dante (Dominic Zamprogna) will get caught in the middle of all this. Nathan was his best bud, so he gets why Maxie’s lashing out. At the same time, Lulu didn’t grab a gun and pump a bullet in Nathan. Faison is the ruthless villain here. Lulu just made a tragic mistake that she’ll forever regret. 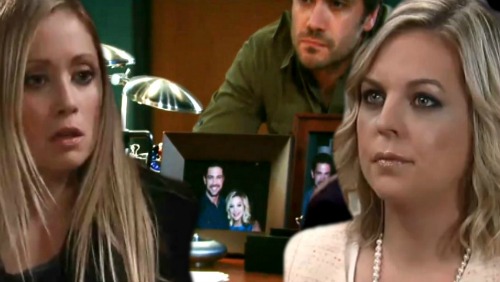 Other General Hospital spoilers say Drew (Billy Miller) will make Franco (Roger Howarth) squirm. He’ll question Franco about the secrets he’s keeping. Drew still won’t think he knows the whole truth by the end of this conversation. He’ll just have to keep digging if he hopes to get answers about his past.

Elsewhere, Kim (Tamara Braun) and Julian (Wes Ramsey) will kick the flirting up a notch. They’ll enjoy getting to know each other a bit better. Across town, Oscar (Garren Stitt) will start to panic. It looks like this involves the bullies he’s been battling at school. 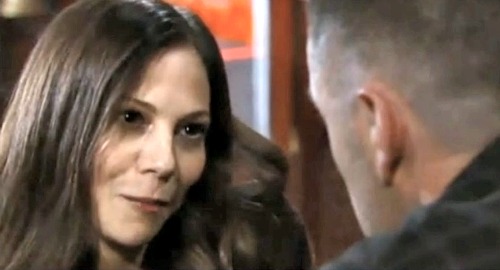 Oscar wanted to stand up to them and protect a pal in pain. Unfortunately, he’ll pay the price for it. Oscar will get a black eye, so he’ll assume Kim’s going give him a hard time about it. Josslyn (Eden McCoy) will be shocked when she spots Oscar. He’ll beg for her help, which probably means he wants her to work some make-up magic.

However, this shiner will be a real doozy. There won’t be much Joss can do, so Oscar will have to face the music. Kim won’t be happy about Oscar fighting, but she’ll mainly be upset about the kid who took a swing at him. Thankfully, Julian will be there to provide some support.

It sounds like Monday’s episode will bring lots of drama. We’ll give you updates as other GH news comes in. Stay tuned to the ABC soap and don’t forget to check CDL often for the latest General Hospital spoilers, updates and news.