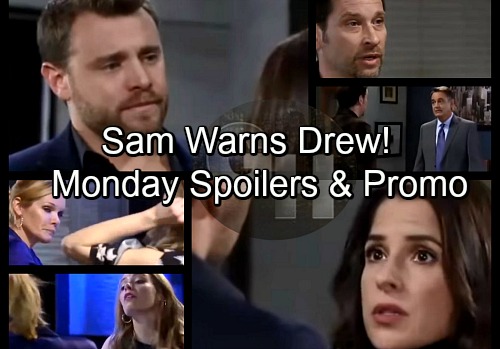 General Hospital (GH) spoilers for Monday, February 5, tease that Griffin (Matt Cohen) will have Nathan (Ryan Paevey) on his mind. He’ll keep replaying that crushing night over and over. Griffin will feel like maybe there was something more he could’ve done to help Nathan. He’ll blame himself for his death on some level.

When Griffin confides in Liz (Rebecca Herbst) at GH, she’ll offer reassurance. Liz knows Griffin is one of the best doctors around. She’ll feel certain that he did everything in his power to save Nathan, but it just wasn’t enough. Sometimes patients pass away and there’s nothing they can do to change that. Liz will want Griffin to have faith in his skills and focus on helping other patients recover instead. 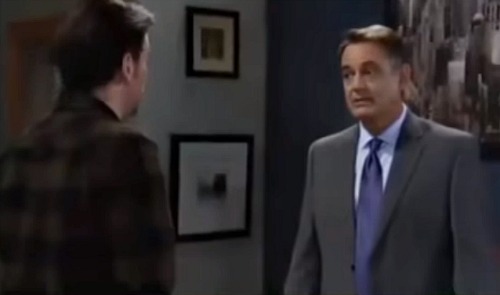 Nearby, Franco (Roger Howarth) will open up to Kevin (Jon Lindstrom). He’ll be worried about the darkness in his childhood. Franco will think he could still have a sinister side deep down. He’ll suggest that it’s going to break his heart, but he needs to get away from the people he loves.

It sounds like Franco may consider bailing on the “Friz” wedding. He might argue that he should leave Liz and her boys alone. Kevin may not think Franco should do anything that drastic. Franco definitely has some good in him now, so he should try to work through his problems and move on. 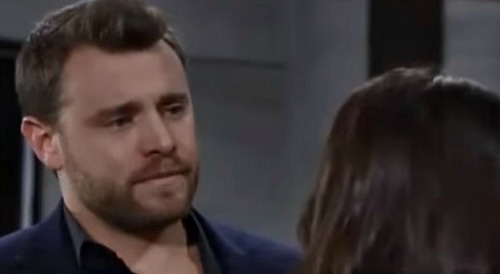 Other General Hospital spoilers say Sam (Kelly Monaco) will have concerns about Drew’s mission. He still wants to dig into his past, but Sam will advise against it. She’ll ask why Drew would want to chase after something that might be too dangerous to use. Sam will undoubtedly be referring to what’s in the ornament. It could be risky to attempt a memory restoration procedure.

Meanwhile, Nelle (Chloe Lanier) will be determined to destroy Carly (Laura Wright). She’ll hope she can get Ava (Maura West) on board with her plan. Nelle will contend that if all goes well, Carly won’t be an issue for either of them anymore. Across town, Michael (Chad Duell) will meet up with his mom. When Carly starts ranting, Michael will wonder what Nelle’s done now. 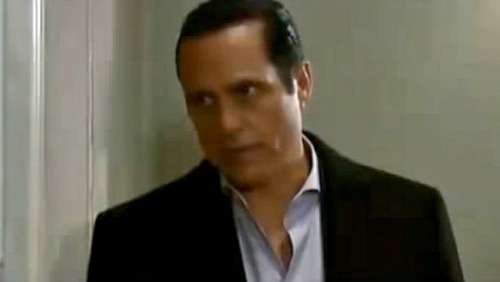 Carly will gripe about their earlier confrontation and Nelle’s attempt to strike her. She’ll insist that Nelle is bad news and shouldn’t be in the baby’s life. Elsewhere, Sonny (Maurice Benard) will try to track down his relapsed father. Mike (Max Gail) is back to gambling again and he could be in trouble thanks to his debts.

GH fans won’t want to miss Mike and Sonny’s tense reunion. We’ll give you updates as other General Hospital details emerge. Stick with the ABC soap and don’t forget to check CDL often for the latest General Hospital spoilers, updates and news.