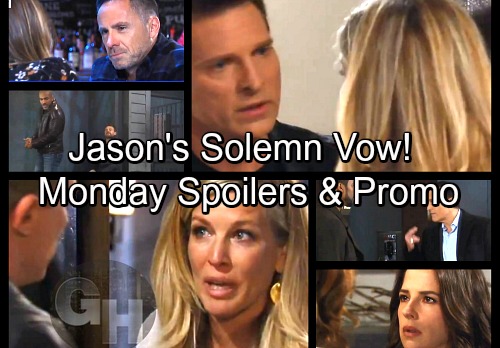 General Hospital (GH) spoilers for Monday, March 26, tease that Julian (William deVry) and Kim (Tamara Braun) will decide to continue their evening together. They were all set to go home after some pie at Kelly’s, but that kiss caught them both off guard. Kim and Julian will sit down for a few drinks soon, so they’re obviously not ready to part ways for the night.

It looks like Kim will want some honesty from Julian. She’ll ask if this is the next step to get over Alexis (Nancy Lee Grahn). Kim may wonder if she’s just a rebound or if this could be something more. Regardless, General Hospital spoilers say a hookup is brewing in the near future. Kim and Julian are definitely growing closer, so stay tuned to watch them heat things up. 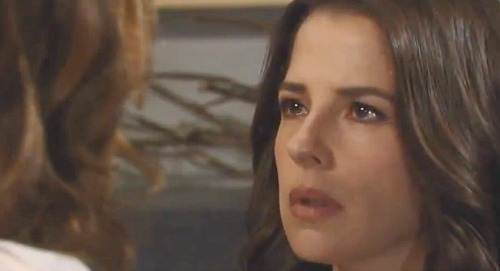 Meanwhile, Ned (Wally Kurth) focus on being a strong leader for Port Charles. The earthquake damage was quite severe and people are still hurting. Ned also wants to bring down Jim Harvey (Greg Evigan), so he’ll talk to Olivia (Lisa LoCicero) about all his plans. Julian’s name will come up during this conversation, but Ned will just be glad he’s not around to get in the way.

Other General Hospital spoilers say Carly (Laura Wright) will be spooked over Nelle’s (Chloe Lanier) scarf trick. Carly saw it on her desk, but it was gone when she returned. She’ll do her best to convince Jason (Steve Burton) that it was indeed Morgan’s (Bryan Craig). 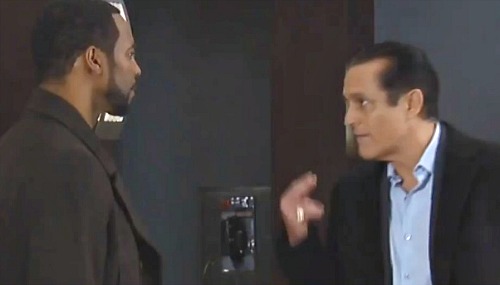 Jason will agree to do some digging, but Carly will make him promise to keep everything quiet. She won’t want anyone else to know about this. Across town, GH spoilers state that Alexis will get updates from an emotional Sam (Kelly Monaco). Drew (Billy Miller) didn’t take Sam’s admission very well. He removed his wedding ring and walked out on her, so Sam’s sure to be a mess.

Alexis will wonder what Sam’s going to say when Jason inevitably shows up. Sam may not know the answer to that question. She loves Jason, but she’s also in great pain over Drew right now. Sam will struggle to follow her heart since it’s leading her in two different directions. 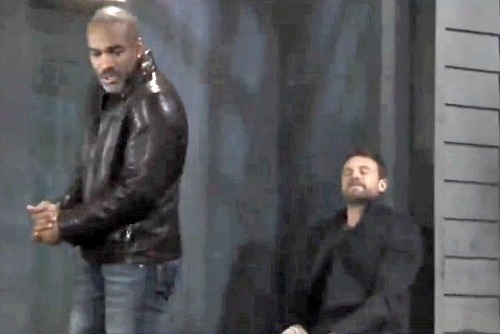 Elsewhere, Curtis (Donnell Turner) will run into a sulking Drew and offer some big news. He might point out that the PCPD is ready to make an arrest, but Jim Harvey is nowhere to be found. Over with Sonny (Maurice Benard), he’ll push Andre (Anthony Montgomery) to provide some assistance. He’ll insist that he’s offering Andre a chance to do some good.

It sounds like Sonny wants Andre to use the memory mapping procedure on his father as CDL exclusively revealed he would. Andre couldn’t save his own wife’s mind from Alzheimer’s, but can he save Mike’s (Max Gail)? We’ll keep you posted as other GH details emerge. Stay tuned to the ABC soap and don’t forget to check CDL often for the latest General Hospital spoilers, updates and news.