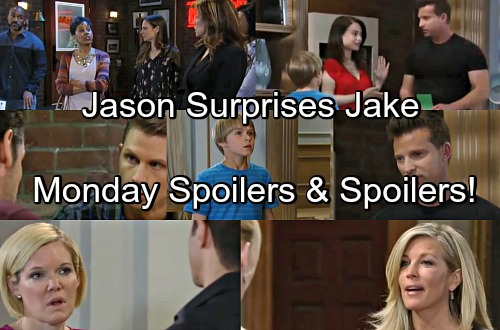 General Hospital (GH) spoilers for Monday, May 7, tease that Ned (Wally Kurth) will be feeling pretty blue. The rebuilding efforts in Port Charles aren’t going very well, so the city’s still struggling. Ned will wish he could help all the affected PC residents and salvage his public image in the process.

Olivia (Lisa LoCicero) won’t be able to fix Ned’s problems, but she’ll have an idea for improvements. She’ll come up with a strategy to assist those who are suffering and hopefully give Ned’s reputation a boost. GH spoilers say Ned may like the plan, but he really shouldn’t get too excited! More trouble’s brewing thanks to some livid people on Charles Street. 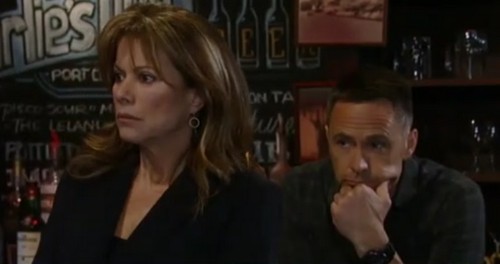 Alexis (Nancy Lee Grahn) will gather with a few concerned citizens at Charlie’s Pub. She’ll listen as they talk about the dire situation they’re dealing with. Kim (Tamara Braun), Julian (William deVry) and Stella (Vernee Watson) will all attend this productive meeting.

Alexis will be open to suggestions, so Stella will offer a shocking one. She’ll insist that they need to “sue their britches off.” That certainly sounds like a classic Stella solution! General Hospital spoilers say Alexis will agree that something has to be done. She’ll soon file a class action lawsuit against the city, so Ned’s issues are about to get worse. 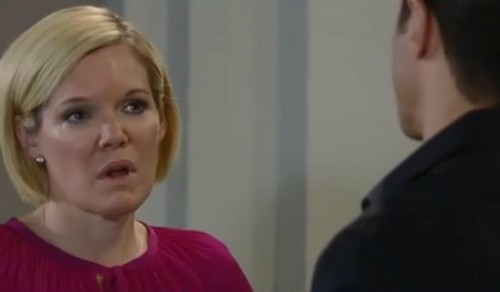 In the meantime, Griffin (Matt Cohen) will meet up with Ava (Maura West). He’ll think they should clear the air after their recent confrontation. Things got pretty heated and Griffin made some statements he regrets. It looks like he’ll apologize and take steps to get past this. Griffin still won’t like how Ava handled the custody drama, but maybe he’ll just want to move forward.

Across town, Jason (Steve Burton) will stop by to wish Jake (Hudson West) a happy birthday. Liz (Rebecca Herbst) will do her best to offer gentle encouragement to her son. She’ll hope that Jason and Jake can finally start bonding. Jason’s patience and kindness should help Liz get her wish. 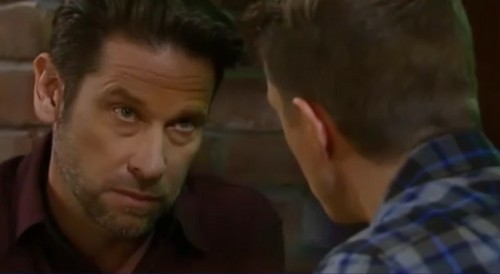 Other General Hospital spoilers state that Franco (Roger Howarth) will speak with another one of Jim’s (Greg Evigan) victims. He was able to talk to the others over the phone, but this guy wants to meet in person. Steven Blake (Pressly Coker) will sit down for a conversation with Franco, but it’ll bring major tension. Franco will be surprised when Steven says he’s “full of crap.”

Fortunately, Steve and Franco should be able to connect over their suffering eventually. They both went through the same traumatic experience, so talking to each other will be beneficial. Over with Carly (Laura Wright), she’ll decide two can play Nelle’s (Chloe Lanier) game. If Nelle’s going to act like a saint, Carly can act like one, too. She’ll tell Nelle that she feels strongly about giving her a fitting tribute. 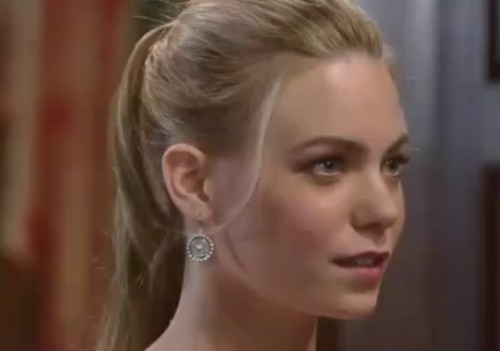 Carly’s not happy about throwing Nelle a baby shower, but she’ll try to grin and bear it. Being too harsh with Nelle will only push Michael (Chad Duell) toward her. Carly will have to be sneakier if she wants to put Nelle in her place, but she’d better watch her back!

Nelle will drop another bomb soon, so stay tuned for all the drama. We’ll give you updates as other GH news comes in. Stick with the ABC soap and don’t forget to check CDL often for the latest General Hospital spoilers, updates and news.