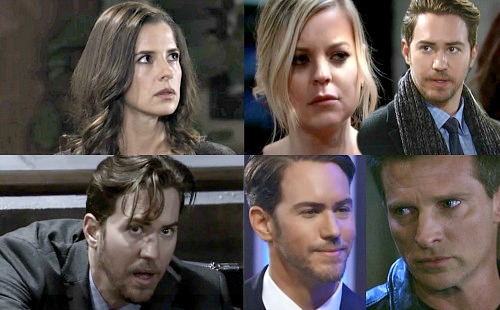 General Hospital (GH) spoilers tease that Sam (Kelly Monaco) will mull over the Peter (Wes Ramsey) situation. She knows there could be more to Aurora’s COO than meets the eye. Sam doesn’t realize Nina’s (Michelle Stafford) the one who hired Curtis (Donnell Turner), but she still realizes Peter could pose a threat to Maxie (Kirsten Storms). Their recent chat clued Sam in on their close friendship.

Plus, Sam wants to protect the company and Drew’s (Billy Miller) dreams. She believes Peter could spark a scandal, so it’s important to stay ahead of the game. Peter has plenty of Port Charles residents after him, but Sam just might be the biggest threat of all. Why? Because she’s coming at him from multiple angles. 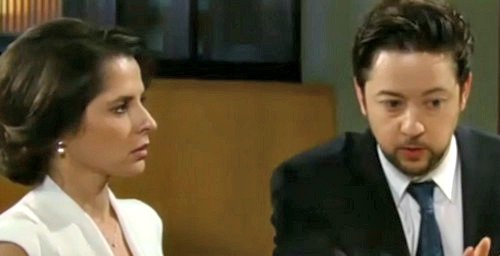 Sam was part of the Heinrik hunt in Switzerland. She told Jason (Steve Burton) to call her if he needed any more help, so he could take her up on that. Sam and Curtis are also working together to uncover Peter’s past. If Sam solves one case, she’ll actually solve them both. That could put her in the prime position to expose Peter.

General Hospital spoilers say Sam will form a new plan and put it in motion on May 16. Unfortunately, someone will manage to spoil her scheme. Sam will be disappointed, but there’s still hope for a shocking discovery. A crucial clue is on the way. Sam will stumble across this hint on May 17, so it could have something to do with Peter’s identity. 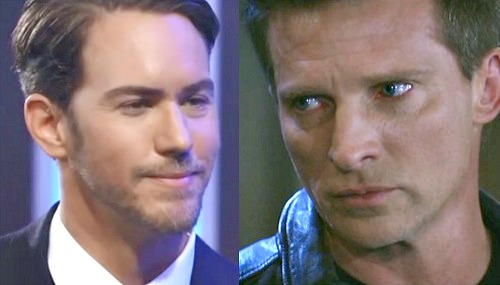 We should mention that the Nurses Ball will be going on in the midst of all this. GH may be building to a big reveal that’s quite public. Will Sam find evidence that Peter is Heinrik? If so, she’ll surely deliver the news to Jason right away. That could lead Jason to hunt Peter down at the swanky bash. He’s waited a long time for this moment, so he won’t want Heinrik to slip through his fingers.

It wouldn’t be May sweeps without a few injuries, so the faceoff ahead could get ugly. Will Jason confront Peter about his years at the clinic? Will Anna (Finola Hughes) insert herself in the middle of this mess? We’ll give you updates as other General Hospital details emerge. Stick with ABC’s GH and don’t forget to check CDL often for the latest General Hospital spoilers, updates and news.