General Hospital Spoilers: Nelle Goes Down and Drags Ava Down with Her – Schemer’s Next Setup Brings Ava’s Worst Nightmare 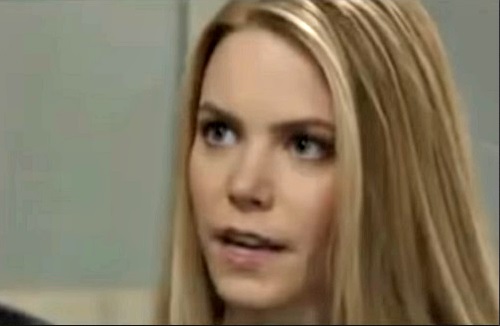 General Hospital (GH) spoilers reveal that Jason’s (Steve Burton) anger is really revving up. Helping put Carly (Laura Wright) in a mental institution is the last thing he wants to do. Jason would much rather prove Nelle’s (Chloe Lanier) lying and clear his pal’s name instead. The idea of expressing disbelief on the stand is killing him.

Nevertheless, Jason intends to back Carly up to keep her out of prison. He may run into some trouble once he gets on the stand, but Diane (Carolyn Hennesy) will do her best to smooth things over. Jason will stop short of calling Carly crazy, but he can at least admit he never saw the scarf or blanket. There were no signs of an explosion either.

As long as Jason doesn’t speculate about why, he should be helpful. Jason just has to keep his Nelle accusations to himself and focus on taking her down later. However, you’d better believe Jason’s coming for Nelle. He’s practically foaming at the mouth, so Nelle may be underestimating this threat. 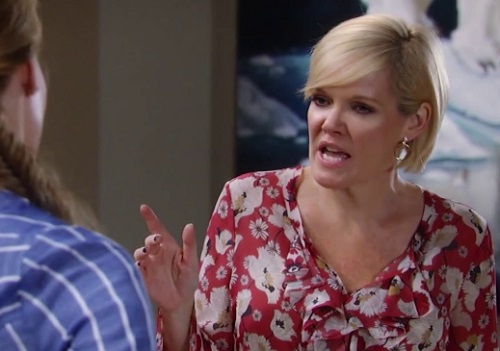 Of course, GH fans know Michael (Chad Duell) is also targeting Nelle. She just doesn’t know it yet. Spinelli (Bradford Anderson) will try to dig up dirt Michael can use, but what if it points in a surprising direction? After all, this isn’t Nelle’s first rodeo when it comes to schemes. She’s surely prepared for the possibility of everything going downhill.

As Michael and Jason get closer to scoring proof, General Hospital spoilers say Nelle may turn on an ally. Naturally, we’re talking about Ava (Maura West). Nelle could easily have another shocking setup in mind. Let’s think about this. As Ava’s assistant, Nelle probably bought things online for her from time to time. Perhaps she swiped Ava’s info and used it to purchase the scarf.

That could be why Spinelli’s having so much trouble tracing it. Maybe Nelle charged it to the gallery’s credit card account and covered it up. Ava might trust Nelle to look over all the records, so she wouldn’t have noticed.

Next, there’s the baby blanket. Ava snatched it up and thinks she’s keeping it as leverage. In reality, Ava’s holding evidence that could be used against her. Nelle claimed there was no blanket, but she might try to wiggle out of that with head injury claims. She could also argue that Ava’s the one who had at the baby shower and Carly lashed out in confusion.

Remember that Nelle already set Ava up with that penguin mobile. She seems to be playing a dangerous game. It’s doubtful Jason and Michael would buy Nelle’s excuses, but they might believe she had a partner in crime. Ava knows all about Morgan (Bryan Craig) and could be accused of assisting Nelle. If Nelle’s going down, she may take Ava down with her!

Could Ava lose custody of Avery (Ava and Grace Scarola) over this? Will it be the last straw for Griffin (Matt Cohen)? Will Ava be out for revenge after her world’s destroyed? We’ll give you updates as other General Hospital news comes in. Stay tuned to ABC’s GH and don’t forget to check CDL often for the latest General Hospital spoilers, updates and news.