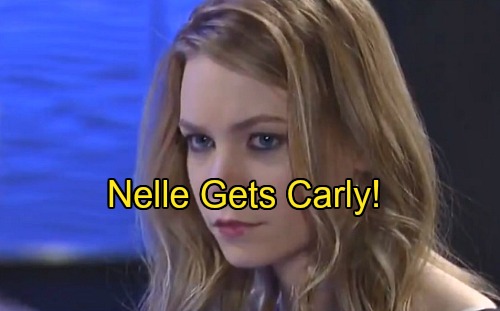 General Hospital (GH) spoilers tease that Nelle’s (Chloe Lanier) about to set a scheme in motion. She’s sick and tired of Carly (Laura Wright) acting like she’s the queen of Port Charles. Nelle has made plenty of mistakes since arriving in PC, but so has Carly. Many GH fans have been calling Carly out for her hypocrisy on social media. It’s getting ridiculous!

Carly recently acted like Nelle’s stint in a mental institution was the worst thing in the world. Nelle had a nervous breakdown after Zack’s death and the police investigation that followed. When you pair that with Nelle’s kidney drama and the rest of her horrible childhood, it’s no wonder she was driven to the edge. 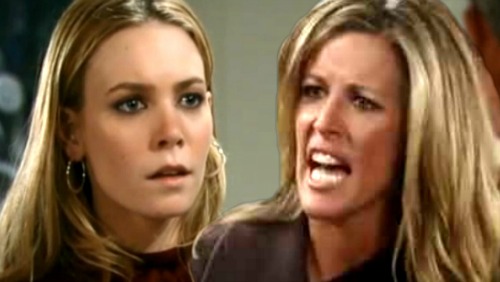 Besides, Carly’s in no position to judge. Is she forgetting that she’s done multiple stints in a mental institution? One of them was even for – you guessed it – a nervous breakdown. If Carly isn’t an unfit mother, then Nelle isn’t either.

Of course, Nelle might be on a mission to prove Carly poses a serious threat. She’ll think she can get what she wants and do Ava (Maura West) a favor in the process. What does Nelle have in mind? For starters, perhaps she’ll go to Carly and pretend she wants to make peace. Naturally, Carly wouldn’t go for that idea. She’d just launch another tirade and give Nelle more warnings. 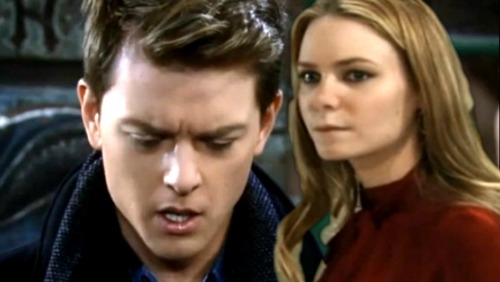 Nelle could easily fake a miscarriage scare. Carly could even spark an actual scare if the plan goes awry. Maybe Nelle could file for a restraining order and start laying the groundwork for a larger mission. If she can get Carly threatening her on tape, that’d be even better.

Nelle intends to do everything she can to make sure she keeps her child. She doesn’t want to end up like Ava, who can barely say hello to her daughter in a public place. Nelle might be able to help Ava get custody of Avery (Ava and Grace Scarola) thanks to her latest plot. If Nelle can make Carly look incompetent and dangerous, things might work out well for the scheming duo. 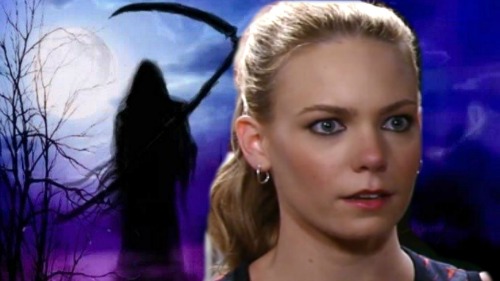 Since Michael (Chad Duell) is easily influenced, he may side with Nelle if the conflict gets out of hand. Michael could blame Carly if they almost lose their baby. As for Ava getting custody, Michael might be riled enough to agree that she needs Avery back. General Hospital viewers know how he is when he gets steamed! Michael could turn against Carly – at least for a while.