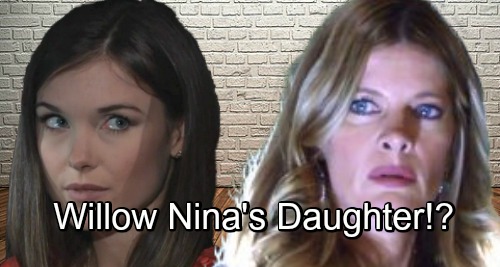 General Hospital (GH) spoilers tease that Lulu (Emme Rylan) will need all hands on deck to deal with Charlotte (Scarlett Fernandez). She’s always been a sweet girl, but her personality’s started to shift lately. Charlotte’s been bullying Aiden (Jason David), so Lulu will need a way to handle that. Since Dante (Dominic Zamprogna) isn’t around, Lulu will have to rely on Charlotte’s other loved ones for help.

Valentin (James Patrick Stuart) will be involved here, but it’s doubtful he’ll be very tough on the kid. Papa spoils his sweetheart, so that’s probably part of Charlotte’s problem! She can practically get away with murder – just like dear old Dad. Nevertheless, Lulu will likely want to nip this in the bud. She may count on Nina (Michelle Stafford) for a little assistance.

GH fans know Nina has been an important figure in Charlotte’s life. She’s not her stepmother anymore, but she still plays that role. Charlotte adores Nina and will value her opinion if it’s presented correctly. She has a blast when they hang out together, so Nina may think that’s a good place to start. Having some fun could ease Charlotte into a serious conversation later and soften the blow.

On November 27, Nina will have a lot on her plate. However, Nina will do some juggling and make it work. It’s important to carve out some time for Charlotte and give her what she needs. Perhaps she’s not getting enough attention and that’s feeding this desire to bully Aiden. It seems to get her popularity and a few laughs from the other kids.

Whatever the case, Nina will plan a lovely outing. On November 28, she’ll thrill Charlotte by taking her to the ballet. Will Nina be able to talk some sense into Charlotte eventually? Can she pitch in on this bullying situation? Nina may need to meet with Willow Tait (Katelyn MacMullen) to talk it over. If so, that could set up quite a shocker.

General Hospital viewers are in the loop on Valentin and Sasha’s (Sofia Mattsson) scheme. Sasha isn’t Nina’s real daughter, but who is? That half heart pendant must be out there somewhere! Could Willow have it? It’s possible this whole plot at Charlotte’s school is building to that revelation.

It’s clear that there’s much more to Willow than meets the eye. She’ll be part of several big reveals, so the Nina bio daughter drama may come into play. Even if Willow isn’t Nina’s biological child, she may be part of how Nina finds her. There must be a reason for this bullying storyline and Nina’s involvement.