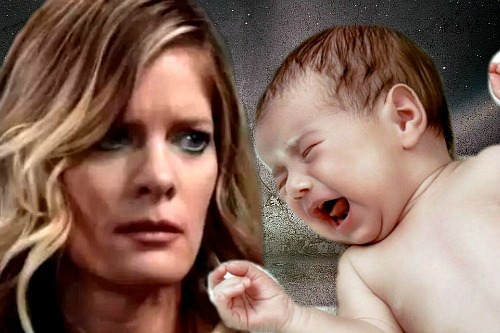 General Hospital (GH) spoilers tease that Nina Cassadine (Michelle Stafford) may be in for a big surprise soon. Stafford posted a cryptic tweet on May 24 that said “Miracles happen” with three hearts after it. Of course, she might’ve just been making a general observation or even acknowledging something from her personal life. However, it would certainly be interesting if this about her GH character.

There’s one miracle Nina’s been hoping for and that’s a baby. It’d be extremely soapy for Nina to realize she’s pregnant right about now. Her marriage to Valentin Cassadine (James Patrick Stuart) is currently crumbling, so a miraculous pregnancy would complicate the situation. 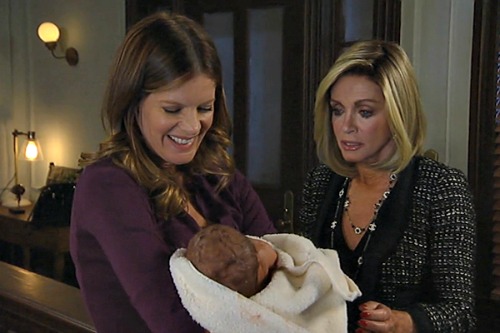 Nina has consulted two different obstetricians and both of them assured her there was no chance of this happening. She’s been informed that she’ll never be able to bear a child, but that means absolutely nothing on a daytime drama. There are no rules in the soap world!

Since Stafford included three hearts in her tweet, maybe that means third time’s the charm. Her next appointment could bring great news. Nina was thrilled when peeked in on little James Malcolm West (Sally Brown). She’s thrilled for Mama Maxie Jones (Kirsten Storms), but there’s still some sadness in her heart. Nina has accepted that she can’t have a child of her own, but that doesn’t make it any easier. 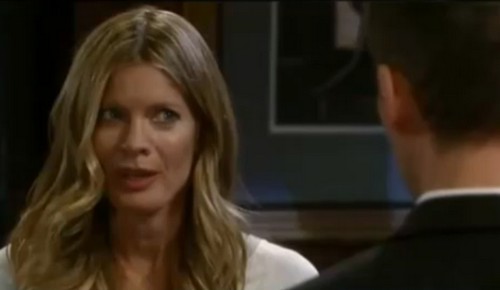 If GH takes the pregnancy route with Nina, it would line up with General Hospital’s announced plans for more medical material. The writers want the hospital to be the heart and soul of the show. They’re hoping to create more reasons for characters to hang around GH. This unexpected baby bomb would have Nina popping in and out frequently.

Naturally, Nina would have to worry about this kid every step of the way. She could through a difficult, complicated pregnancy with close calls for herself and the baby. There’s still the issue of Valentin’s betrayal as well. He’d want to be involved in his child’s life, but Nina’s sure to be furious for a while. It’ll take plenty of work to win her back.

Nevertheless, a miracle baby might be the only thing that can save their shattered bond. Will Nina learn she has a stunning bun in the oven? Could Valentin and Nina reconnect over their surprise little one? General Hospital spoilers say some shockers are looming, so we’ll give you updates as other GH details emerge. Stick with the ABC soap and don’t forget to check CDL often for the latest General Hospital spoilers, updates and news.