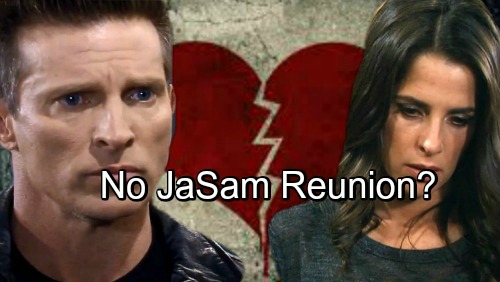 General Hospital (GH) spoilers tease that a hot blind item hints at disappointment for many fans. There are plenty of options since we’ve got four soaps to choose from, but GH could be a great candidate for this tidbit. Soap Opera Digest reveals that supporters of one pairing may not get their wish. New info suggests that a reunion isn’t likely thanks to one half of the popular couple.

The blind item adds that the female in this pairing is eager for an onscreen reconnection. Unfortunately, the male isn’t interested in going for another round. Could this info be about Jason (Steve Burton) and Sam (Kelly Monaco)? It’s definitely a possibility to consider. 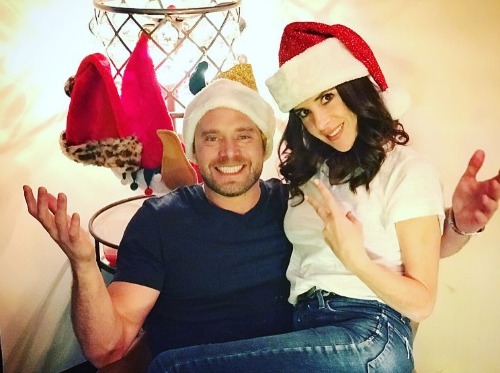 When Burton first returned to General Hospital, Monaco was pretty vocal about wanting her character to stick with Drew (Billy Miller). It was obvious that he was her preferred scene partner. Monaco may have annoyed Burton in the process.

Flash-forward to now and things may have shifted for Monaco. General Hospital spoilers say Elizabeth Hendrickson is headed to Port Charles soon. Since Hendrickson and Miller were once paired up on Y&R, there’s a good chance GH intends to do the same. The show may be anxious to try something new, which could keep Drew and Sam apart for quite some time. 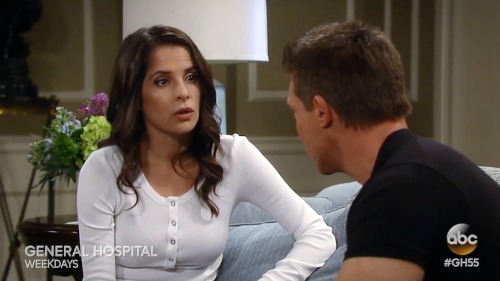 As a result, Monaco may be jumping on the “JaSam” bandwagon. It would give her lots of airtime and please a large chunk of her fanbase. Some viewers haven’t been too happy with Sam lately, so settling back into “JaSam” might help. Monaco may have decided that a story with Jason is better than no story at all. If Drew isn’t free, what else is there for Sam to do?

Unfortunately, Monaco’s earlier very public treatment of her on-screen pairing with Burton’s Jason may have left him bitter. Burton’s been polite in interviews, but that doesn’t mean anything. You can never really trust what somebody says publicly. It’s all about what goes on behind closed doors! 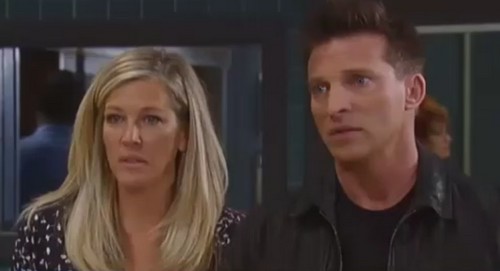 General Hospital spoilers say Sam will focus on herself for a while, which could mean there’s no “JaSam” reunion in sight. Is Burton reluctant to kick off a new story for this couple? He’d probably have the clout to stand his ground and tell the writers what he wants.

It should be interesting to see how all this plays out in the months ahead. We’ll give you updates as other GH news comes in. Stay tuned to the ABC soap and don’t forget to check CDL often for the latest General Hospital spoilers, updates and news.