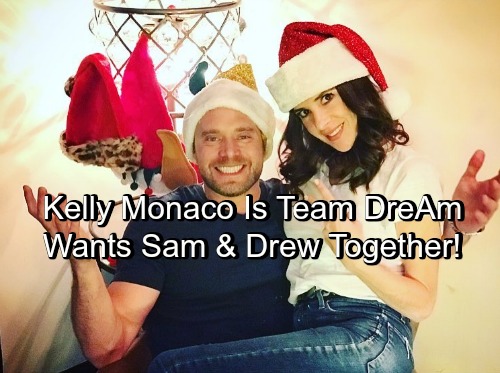 General Hospital (GH) spoilers tease that Sam (Kelly Monaco) has some tough choices ahead of her. She feels like she knows what her future’s going to look like, but that may not be the case. As Sam’s feelings for Jason (Steve Burton) grow stronger, it may become harder and harder to stand by Drew (Billy Miller).

Carly (Laura Wright) will certainly be rooting for her best bud, Jason. She’ll think it’s a tragedy for two people to be in love and just ignore it. Carly will argue that Sam’s staying with Drew out of obligation. She won’t think that’s fair to Drew, Jason or even Sam. Carly will feel like nobody wins if Sam denies what she really wants. 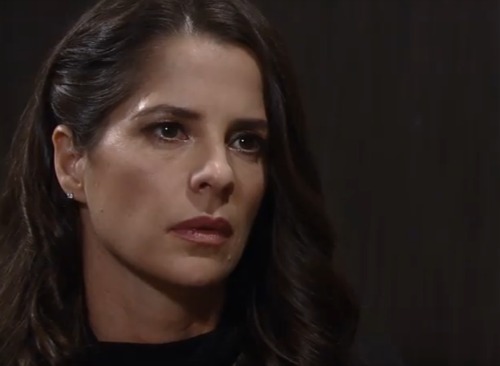 General Hospital spoilers say Sam will refuse to walk away from her latest commitment. She’ll insist that she’s going to marry Drew and everyone will just have to deal with it. Unfortunately, Sam may end up being the one who’s unable to cope. Deep down, Sam’s a mess and she’ll eventually have to address how much she’s longing for Jason.

Will Sam ultimately take a break from her romance with Drew? Will she step back and give Jason a real chance to win her over? There’s no guarantee that Sam and Jason’s reunion would go as planned. It’s been five years, so a lot has changed. Still, Sam may be willing to look at both sides of this love triangle sooner or later. 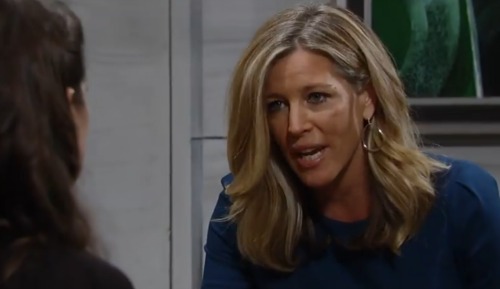 Sam is definitely torn, but it’s clear that her portrayer isn’t. In an interview with Soap Opera Digest, Kelly Monaco revealed which man she wants Sam to be with. She has absolutely no doubts. Monaco said, “Do I want to see the relationship between Sam and ex-Jason, now Drew go [away]? Of course not!” She’s hoping that GH lets Drew and Sam push through these hard times. Still, Kelly Monaco is Team DreAm  and dating Billy Miller in real life probably plays a big part! 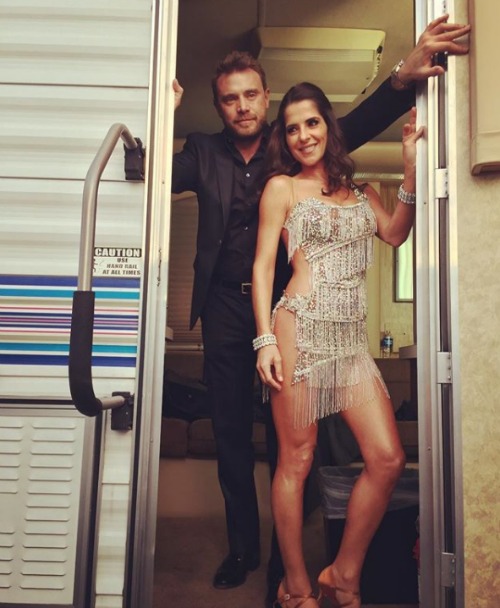 Nevertheless, Monaco understands that Sam’s facing a long journey of love. She’s looking forward to how it plays out, even if things don’t go her way. “Whatever happens next is going to be the exciting part of the storytelling and that’s why soaps are so fun,” Monaco said.

Do you agree with Monaco on this? Should Sam and Drew stick together forever or do you want JaSam back? We’ll give you updates as other General Hospital news comes in. Stick with ABC’s GH and don’t forget to check CDL often for the latest General Hospital spoilers, updates and news.

Ladies and Gentlemen, Children of all ages… check out the latest issue of @SoapDigest on stands now! #BillyMiller and I dish @generalhospitalabc & #KillyLive with our AWESOME m.c @maralevinsky Of course we’re saving the really juicy stuff for #NYC Hope to see y’all there. #killywithkindness (For ticket information go to killylive.com)