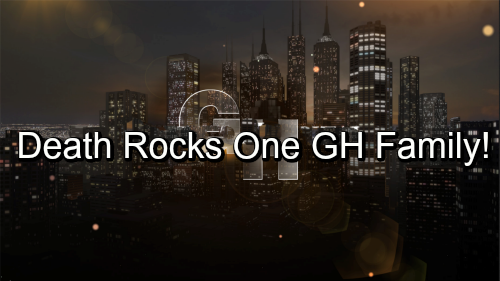 General Hospital (GH) spoilers tease that Finn (Michael Easton) will keep mulling over his father’s case. Finn seems quite anxious to learn what’s ailing Gregory (James Read). Once Finn wraps his head around all the facts, he’ll undoubtedly work hard to cure him. Finn surely has some love left for his dad deep down, so he’ll want to save the day.

However, the situation looks rather grim. Gregory acted like his symptoms were no big deal, which is a dead giveaway that this will be serious. Plus, Terry (Cassandra James) recently came up with a clinical trial option for Oscar (Garren Stitt). There’s no point in introducing that unless Oscar will ultimately try it. Oscar will likely recover thanks to this experimental treatment down the road.

If Oscar’s not going to die, will GH really let Gregory live? It’d be silly to hand out too many soapy miracles. General Hospital fans don’t know Gregory anyway, so he’s an expendable character. The show might as well kill him off and get some drama out of it. 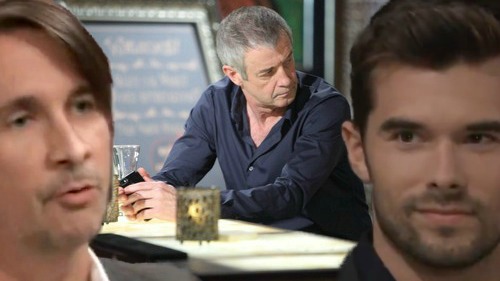 Finn couldn’t save his wife, Reiko, from the disease that claimed her life. That’ll be in the back of his mind as he ponders Gregory’s case. Finn will feel like a failure if he can’t save his father either. He’s had a lucky streak of heroic acts lately, so he’s due for some heartbreak. It’d be good to see Finn struggle with some deeper emotions for a change.

Of course, Gregory could at least make peace with Finn before his death. This could set up some great aftermath for Chase (Josh Swickard) and Finn, too. Would Chase blame Finn for not doing enough to help? Chase’s grief could hit hard initially, so he might lash out at Finn without truly meaning it. An apology could come later, which would lead to genuine bonding for these brothers. 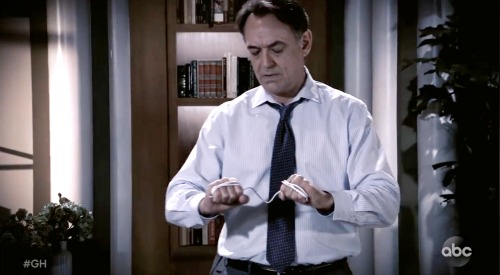 If GH wanted to throw in a cruel twist, they could have Ryan (Jon Lindstrom) claim Gregory as a murder victim. It’s easy to imagine a scenario where Gregory gets in this killer’s way. In that case, they could have Finn come up with a cure after all. It’d be devastating if he never got the opportunity to use it!

Regardless, the next phase of this storyline will kick off soon. General Hospital spoilers say Finn will get some shocking news on October 9. Will some test results spell trouble? Will Finn realize he’s got to step up his efforts before it’s too late?

Gregory may or may not survive his current ordeal, but one thing’s for sure. Some alarming family secrets will be revealed in the coming weeks! We’ll give you updates as other GH details emerge. Stay tuned to the ABC soap and don’t forget to check CDL often for the latest General Hospital spoilers, updates and news.