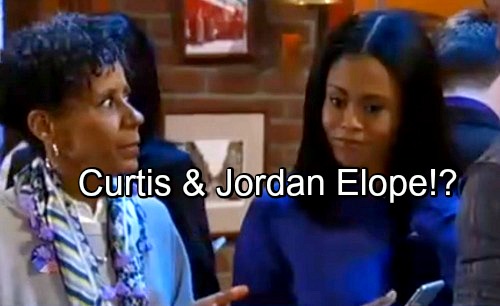 General Hospital (GH) spoilers tease that Curtis Ashford (Donnell Turner) and Jordan Ashford (Vinessa Antoine) might come up with a not-so-unique idea to spare Curtis’ Auntie Stella (Vernee Watson) and themselves some major anxiety about their engagement and future wedding. They decide to elope!

They figure if they just DO IT instead of PLAN IT, Stella won’t have a chance to interfere. But the likely outcome is that the plan will backfire and instead of there being less friction between the couple and Stella, there will be even more friction and dysfunction 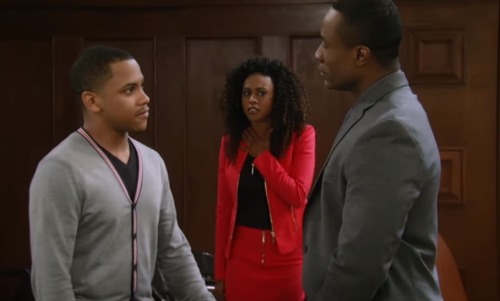 Stella will likely be as outraged that Curtis “went behind her back” to marry Jordan, which she was dead set against to begin with, as she will be about the elopement itself. There has been bad blood between Stella and Jordan for many years, because of the unfortunate incident of Curtis’ brother Tommy’s death, and Jordan having cheated on Tommy with his buddy Shawn Butler (Sean Blakemore) which produced TJ Ashford (Tequan Richmond).

However, Stella does not appear to have any problems with TJ himself, calling him her grandson and being a grandma to him. However, Stella appears to have never forgiven Jordan, blaming her both for cheating on Tommy and for indirectly causing his death. 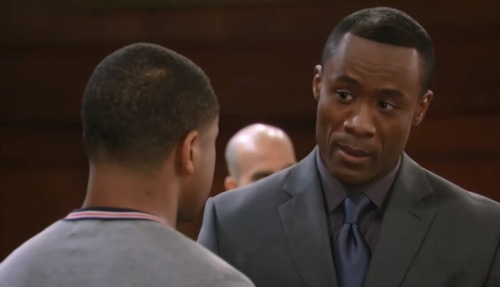 For the benefit of newer General Hospital viewers, Shawn Butler was in the Army with Tommy Ashford, and Tommy confronted Shawn about the affair, Tommy tried to shoot Shawn but Shawn shot him first and killed him. The incident was deemed “friendly fire” by the Army.

Shawn later moved to Port Charles and became Sonny Corinthos’ enforcer after the presumed death of Jason Morgan. Shawn was later convicted and put in prison for the shooting of Hayden Barnes (Rebecca Budig), even though Hayden later visited him in prison and told him he was not at fault. The story seems to have stopped there when Sean Blakemore left the show. Unfortunately, the Shawn storyline falls into that soap category of unfinished business where the loyal fans are simply left hanging.

GH viewers, it looks like plenty of fireworks are ahead over the next few weeks Keep watching General Hospital on ABC and tuning in to CDL General Hospital spoilers for the latest scoops and updates!