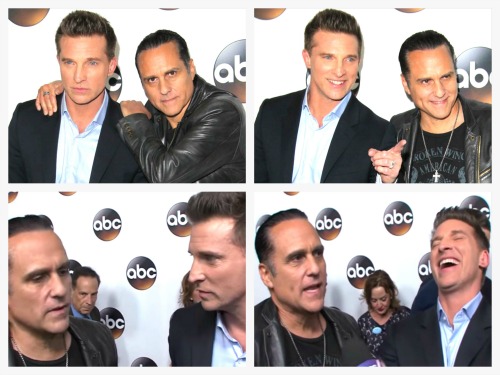 General Hospital (GH) spoilers reveal that in a new interview, Steve Burton who portrays the beloved Jason Morgan, can finally confirm that he did NOT know he was going to be Jason Morgan when he came back to the ABC daytime drama after his five year absence. Jason shoots down the rumors about him having any type of conditions on being “Jason” when he returned to General Hospital and had no idea what kind of story he would be involved with until he was handed the first script.

In a recent interview (see below) with fellow General Hospital co-star and real-life friend, Maurice Benard (Sonny Corinthos), the two seemed thick as thieves as they talked about how much fun it was to be reunited – referencing it to being like high school buddies who were separated halfway through school, only to be reunited in senior year. 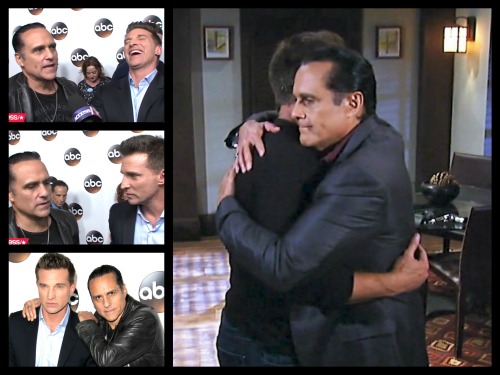 Steve Burton admits it is even better on General Hospital now – his perspective has changed and he is very grateful to be back. Undoubtedly Steve Burton and GH fans are just as thrilled to see him back in Port Charles and on the soap opera he has called home for more than 20 years!

General Hospital spoilers report that Maurice Benard said the scenes were fantastic and greatly written when he found Jason alive. GH fans saw their reunion, and their acting proved that the two of them just “mesh,” their real life friendship shines through on screen. Who wouldn’t agree with Maurice Benard when he says that we are lucky to have Steve Burton back as Jason Morgan? All objective GH viewers agree that the show hasn’t been this good in years! 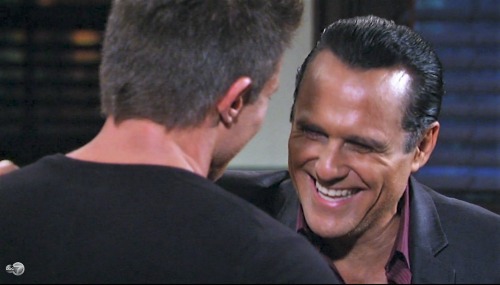 General Hospital spoilers tease that things will continue to heat up for Jason Morgan as he just finalized his divorce from Sam Morgan (Kelly Monaco), but it looks like there are some lingering feelings between the exes. Jason and Drew Cain (Billy Miller) are trying to come to grips with the fact that they are twin brothers and someone has stolen and swapped out their memories.

On top of all that, as CDL reported, Cesar Faison (Anders Hove) is lurking around town and possibly the mad man mastermind behind it all. Could GH be any more exciting right now? Be sure to tune into ABC’s General Hospital (GH) right now to catch up on all the exciting thing happening in Port Charles. Check CDL General Hospital spoilers often for updates, news, interviews and spoilers!