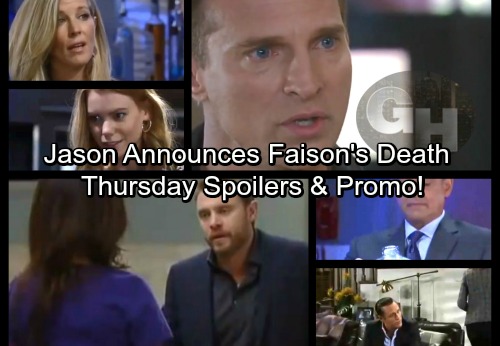 General Hospital (GH) spoilers for Thursday, February 1, tease that Jason (Steve Burton) will shock Sam (Kelly Monaco) with some big news. She’ll be pleasantly surprised to learn that Faison’s (Anders Hove) dead. Peter (Wes Ramsey) got Faison all riled up and refused to give him the call button. Jason won’t know what caused Faison’s fatal episode, but he’ll feel like he should give Sam updates.

However, there’s persistent buzz about some Faison hocus-pocus. If Jason hears the demise info from someone else, he certainly can’t trust it. Faison could easily use this “death” as an escape route. What better way to blindside Peter with his revenge down the road? 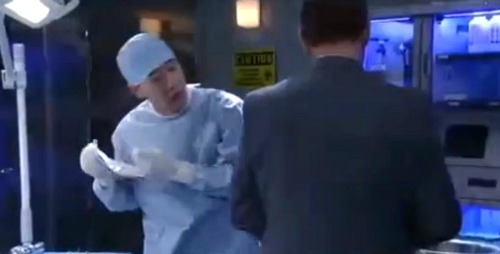 Whatever the case, there’s more Faison chaos to come. Drew (Billy Miller) will seek Liz’s (Rebecca Herbst) help at GH, so maybe this will involve Jake (Hudson West). Since the traitor’s still out there, Drew may be worried about his family. There’s always a reason to be concerned when baddies are on the loose.

Peter has managed to work right under Drew’s nose, but the truth will inevitably be discovered pretty soon. In the meantime, Anna (Finola Hughes) and Sonny (Maurice Benard) will have another heated argument. Since Anna’s been trying to protect Heinrik, she may urge Sonny to let all this go. With Faison gone, Anna may not see the need for Sonny and Jason to keep digging. 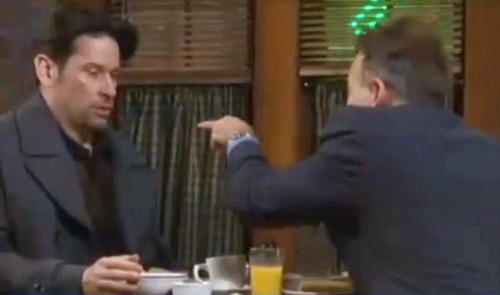 The traitor saved Jason’s life, but he also stole five years from him. Sonny may not be willing to give him a pass for that. General Hospital spoilers say Anna indeed had a kid with Faison, so Peter is likely her son. GH fans can expect that fact to cause crazy drama over the next few weeks.

Across town, Carly (Laura Wright) will fill Michael (Chad Duell) in on some serious Nelle (Chloe Lanier) suspicions. She’ll suggest that she’s found out something else about the sneaky gold digger. What now, Carly?! Nelle is slowly winning Michael’s trust, so Carly’s attempts to turn him against her may not work.

Elsewhere, Nelle will try another angle to speed this process along. General Hospital spoilers state that she’ll do her best to butter up Josslyn (Eden McCoy). Nelle will contend that they’re practically sisters now. She’ll think this baby could create a strong bond between them, so Joss will quickly get sucked back in. 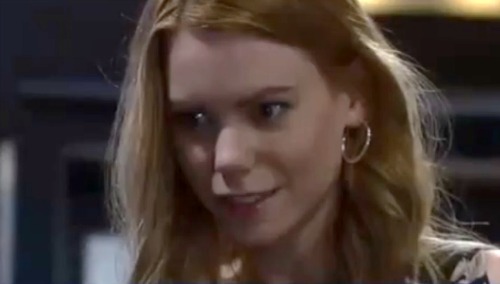 Other General Hospital spoilers say Franco (Roger Howarth) will have a tense chat with Scott (Kin Shriner). When Kevin’s (Jon Lindstrom) name comes up, the conversation will take an interesting turn. Scott snap that if Franco thinks he’s crazy, he’s got nothing on Kevin.

Back at GH, Kevin will acquire something intriguing. Someone on staff will suggest that Kevin got what he came for. Could Kevin somehow get mixed up in the Faison mayhem? Now that Laura (Genie Francis) is out, the show may be looking for a way to get rid of Kevin, too.

Regardless, some excitement’s ahead in Port Charles. We’ll keep you posted as other details emerge. Stay tuned to the ABC soap and don’t forget to check CDL often for the latest General Hospital spoilers, updates and news.