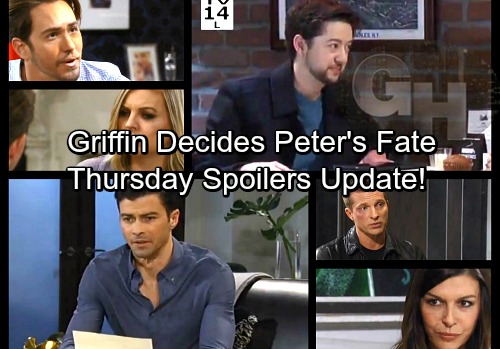 General Hospital (GH) spoilers for Thursday, March 29, tease that Anna (Finola Hughes) will face questions from Jason (Steve Burton). He’ll ask how her Heinrik investigation’s coming along. Jason will hope Anna can help him out, but we all know she can’t and won’t.

Anna doesn’t have much to go on anyway, but she wouldn’t point Jason in Heinrik’s direction if she knew the truth. GH spoilers say Jason and Anna will once again clash over their plans. They’re just not on the same page about how to handle Heinrik, so expect some tense moments.

Elsewhere, Mike (Max Gail) will likely battle confusion as usual. He tends to forget that Morgan’s (Bryan Craig) dead, so that could lead to another round of awkwardness. Nevertheless, Sonny (Maurice Benard) and the rest of the gang will deal with it as best as they can.

General Hospital spoilers state that Michael (Chad Duell) and Dante (Dominic Zamprogna) will join in a little celebration. Sonny will be happy that his boys are willing to spend time with Mike. They’ll all sit at a table together and ultimately raise their glasses to Morgan. Since he can’t be at this gathering, a toast will have to do. 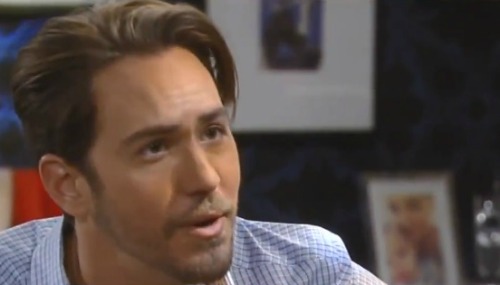 At GH, Griffin (Matt Cohen) will mull over the paternity test results. After he opens them up, he’ll determine that Faison (Anders Hove) is truly Peter’s (Wes Ramsey) father. Griffin will wonder what in the world he’s supposed to do now. A juicy secret has fallen into his lap, but spilling it would be unethical. Of course, staying silent could be just as problematic.

General Hospital spoilers say Ava (Maura West) will sense that something’s bothering Griffin. He probably won’t give her any details, but he may allude to a decision he has to make. This choice is certainly a doozy! Ava may offer her two cents, but she’ll trust that Griffin will make the right call for himself.

Meanwhile, Peter will continue his chat with Maxie (Kirsten Storms). When she starts beating herself up about things she could’ve done differently, Peter will put a stop to it. He’ll feel like Maxie needs to give herself a little more credit. Peter will praise Maxie for her bravery and perseverance. He fully believes Maxie’s an incredible woman. 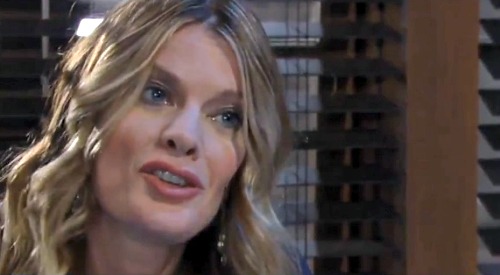 Over with Lulu (Emme Rylan), she’ll confide in a sympathetic Spinelli (Bradford Anderson). Lulu will understand why Maxie’s angry and she’ll accept that her former friend may never forgive her. Still, Lulu will wish that Maxie would talk to her. She just needs to know that Maxie’s going to be OK.

Across town, Nina (Michelle Stafford) will express concern to Valentin (James Patrick Stuart). She’ll insist that Peter must have ulterior motives for getting close to Maxie. Nina will want to do some digging, so Valentin should be on edge. He definitely doesn’t want his wife to uncover their shocking connection.

It looks like an action-packed episode’s ahead. We’ll give you updates as other GH news comes in. Stick with the ABC soap and don’t forget to check CDL often for the latest General Hospital spoilers, updates and news.