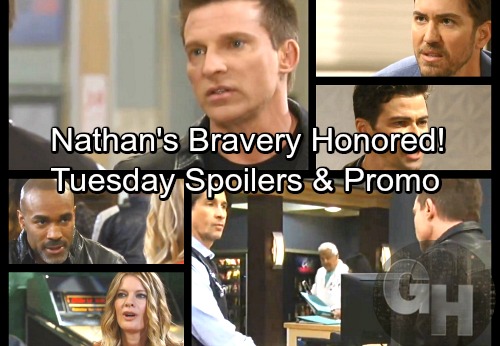 General Hospital (GH) spoilers for Tuesday, April 3, tease that Nathan’s (Ryan Paevey) bravery will be honorer at the PCPD. Maxie (Kirsten Storms) will stop by to reflect on Nathan’s death and perhaps receive an award in his place. When Maxie sits at Nathan’s old desk, the new kid on the block will appear. Chase (Josh Swickard) will introduce himself and suggest that he has big shoes to fill.

GH is probably doing a bit of a chemistry test here. Maxie and Peter’s (Wes Ramsey) budding romance is doomed, so the show might as well start looking ahead. If Chase and Maxie sparkle on screen, they could become a hot pairing down the road. 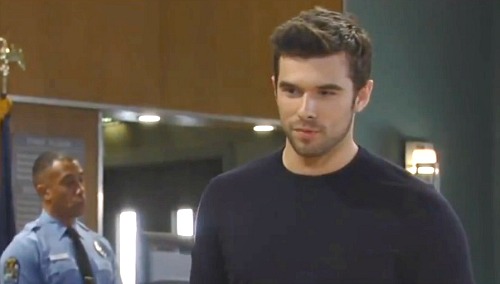 In the meantime, Peter will face Griffin’s (Matt Cohen) wrath. General Hospital spoilers hint that Peter may try to deny that he’s Faison’s (Anders Hove) son, but Griffin won’t back down. In fact, he’ll insist that Peter needs to turn himself in. Griffin may argue that Peter is no better than his evil father if he doesn’t take responsibility for his actions.

Across town, Kevin (Jon Lindstrom) will meet with Franco (Roger Howarth) again. Liz (Rebecca Herbst) is willing to take Franco back, but she doesn’t want to be part of his search for answers. She told Franco to work through his issues and then come home. That means there’s a lot riding on Franco’s quest. He’ll tell Kevin that he knows exactly what he has to do, but he doesn’t want to do it. 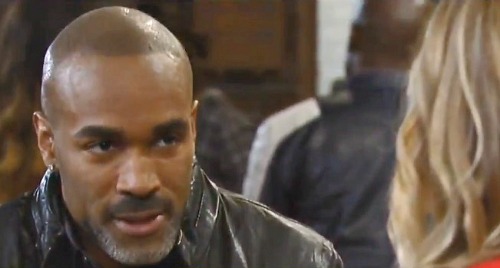 Franco may be scared of what he’ll find out if he digs any deeper. Nevertheless, it’s the only path to freedom. Betsy (Deborah Strang) holds some crucial secrets about Franco and Drew’s (Billy Miller) childhood, but GH is dragging out the revelations. Franco may even be forced to find answers another way.

Regardless, it’s clear that Jim Harvey (Greg Evigan) is the real baddie and he’ll prove it soon enough. Over with Curtis (Donnell Turner), he’ll ask Nina (Michelle Stafford) who she wants him to investigate. Nina will give him Peter’s name and suggest that she needs the truth ASAP. She’ll hope Curtis can come through for her on this. 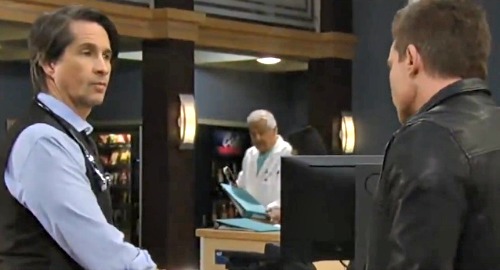 Elsewhere, Andre (Anthony Montgomery) will urge Anna (Finola Hughes) to consider a dangerous outcome. Now that Faison is gone, Heinrik could be poised to take his place. Anna seems to think her son is mainly a victim, but there’s obviously some darkness in him. General Hospital spoilers say Andre will offer a warning about the potential peril, but Anna may not want to hear it.

Finally, Jason (Steve Burton) will grill Finn (Michael Easton) about the night Faison died. He’ll undoubtedly hope he can pinpoint who ended up with the lighter mentioned in The Severed Branch. More trouble could be brewing for Peter! We’ll give you updates as other news comes in. Stick with ABC’s GH and don’t forget to check CDL often for the latest General Hospital spoilers, updates and news.