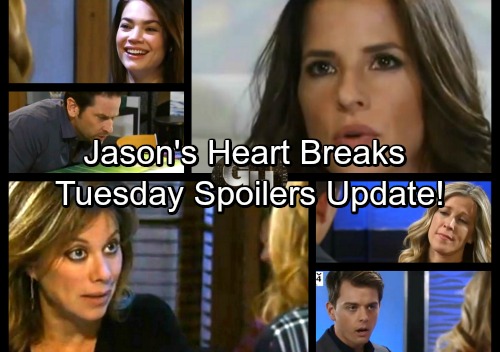 General Hospital (GH) spoilers for Tuesday, January 9, tease that Julian (William deVry) will face a surprising request. Jim (Greg Evigan) is one of the people working on the new Charles Street development project. He’ll stop by with an offer for Julian, but it won’t go over well.

Jim will push Julian to sell the pub so they can make way for this development. Since Julian just made the purchase, he won’t be too keen on giving it up. This is his chance at a fresh start, so walking away isn’t something Julian wants to do right now. 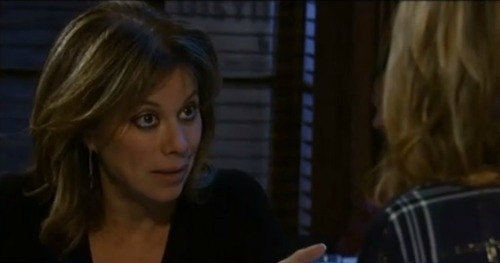 Alexis (Nancy Lee Grahn) will also meet up with Molly (Haley Pullos) in Tuesday’s GH episode. They’ll probably discuss some development-blocking strategies and mull over continued landlord issues. The topic of romance could come up, too. Molly will likely needle her mom about her love life, but Alexis will do her best to shut down the conversation.

Meanwhile, Ned and Olivia (Lisa LoCicero) will debate what’s next. Now that Ned isn’t working at ELQ, Olivia feels like this is the perfect opportunity to take on a challenge. She’ll pressure Ned to go along with her advice, but he’ll insist that he’s not running for mayor. 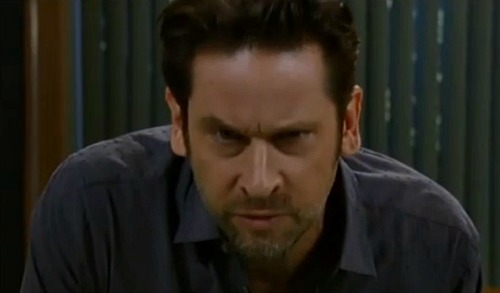 Nevertheless, Olivia can be awfully persistent. She’ll maintain that this is the right move, so it won’t be long until Ned’s starting his campaign. Elsewhere, Michael (Chad Duell) will have a huge outburst thanks to Carly (Laura Wright). She’ll suggest that he’s going to get caught in Nelle’s (Chloe Lanier) web.

Michael may argue that he’s not stupid enough to go down that road again. He’ll state that he sees Nelle for who she really is, so let’s hope he means a manipulative vixen! Of course, Carly will remain concerned about Michael’s sweet nature. She’ll think it’s only a matter of time until Nelle’s got him wrapped around her little finger.

Other General Hospital spoilers say Franco (Roger Howarth) will have a lot on his mind. Betsy (Deborah Strang) believes Franco tried to kill Drew (Billy Miller) by hurling him down the stairs as a kid. However, Franco has fond memories of Drew being his best friend and stand-in brother. He’s been trying to figure out why he wound resort to murder. 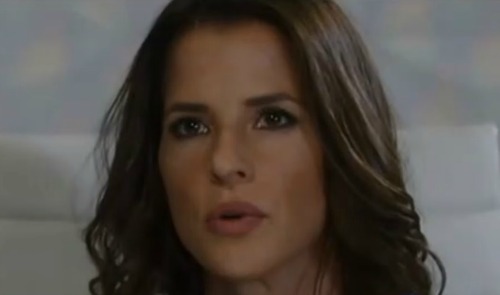 Franco will stare at the mirror image painting and ponder his childhood ordeal. He’ll continue to worry that he was a mini psycho, but part of him will suspect there’s another side to this story. Across town, Liz (Rebecca Herbst) will be pleasantly surprised by Laura’s (Genie Francis) visit. The gals will gab about their lives and plans for the future.

In Sam’s (Kelly Monaco) office, she’ll announce that she needs a divorce. Jason (Steve Burton) will struggle to pretend he’s not devastated. This news will hit him hard, but he’ll agree to step aside for the sake of Drew (Billy Miller) and Sam’s relationship.