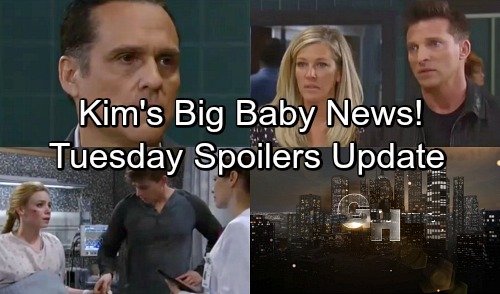 General Hospital (GH) spoilers for Tuesday, May 15, tease that Carly (Laura Wright) will seethe at the police station. She’ll rant about how Nelle (Chloe Lanier) set her up and forced Dante (Dominic Zamprogna) to arrest her. Sonny (Maurice Benard) and Jason (Steve Burton) know Carly hasn’t been herself lately, so they’ll definitely worry about the latest chaos making things worse.

Of course, there’ll also be concerns about the legal outcome of all this. A room full of witnesses saw Carly lashing out for hours. The blanket Carly mentioned is missing as well. That won’t do Carly any favors as she works to back up her story. Nevertheless, Dante will hope he can fix Carly’s mess. He’ll assure Chase (Josh Swickard) that he’s going to get to the bottom of it. 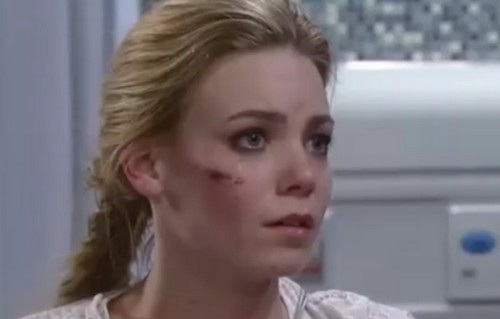 Meanwhile, Nelle will hold Michael’s (Chad Duell) hand at GH. They’ll look to Kim (Tamara Braun) for answers about their little one. Nelle will wonder if their baby’s all right and there’s a good chance Kim will confirm it. This was quite a scare, but it seems Michael and Nelle’s kid is still healthy.

Ava (Maura West) will also manipulate the situation on Tuesday. It sounds like she picked up that blanket with the intention of regaining control. Ava doesn’t want Nelle blackmailing her with test results until the end of time. She did Nelle a favor by hiding the evidence, so this should put a stop to all the threats. They can keep each other’s secrets and just enjoy Carly’s suffering. 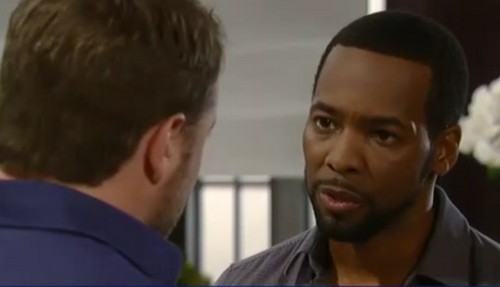 Other General Hospital spoilers say Andre (Anthony Montgomery) will frustrate Drew (Billy Miller). He’s willing to help Drew get his memories back, but there are some major hurdles. Andre isn’t certain this procedure will even work, so that’s one obstacle. However, the more pressing snag is that they don’t have the flash drive. Andre will contend that Drew won’t get his memories back without it.

Across town, Alexis (Nancy Lee Grahn) will get a sweet invitation. Finn (Michael Easton) apparently wants Alexis to be his Nurses Ball date, so they should have a fun night in store. Over with Peter (Wes Ramsey), he’ll face a stern warning from Griffin (Matt Cohen). Peter really needs to get out of Port Charles while he still can, so Griffin will be sure to let him know. 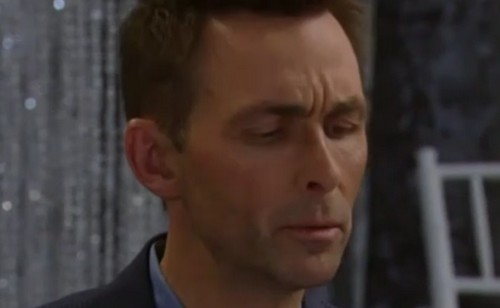