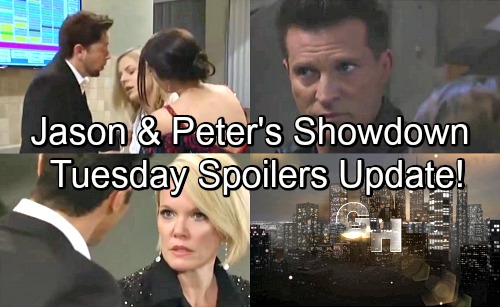 General Hospital (GH) spoilers update for Tuesday, May 22, tease that Griffin (Matt Cohen) will be stunned by Ava’s (Maura West) outburst. She’ll suddenly lash out over his warm embrace with Kiki (Haley Erin), so Griffin’s sure to be caught off guard. GH fans know they’ve been down this road before. Griffin has repeatedly promised Ava that Kiki’s his friend and nothing more. He can’t understand all the suspicions.

However, Ava can’t seem to get this idea out of her head. She always spots them at inopportune moments and turns their friendship into something it’s not. Since there’s clearly no trust between them, Griffin and Ava’s fight will spark a split. In fact, it could spark a lot more than that! 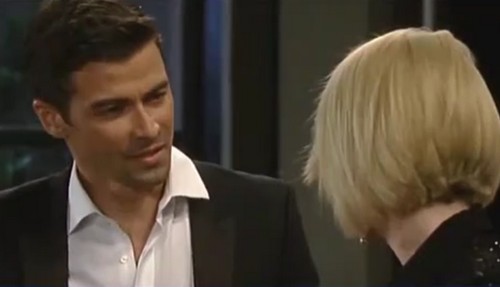 It looks like Ava’s fears will become a reality. Griffin and Kiki will lean on each other soon enough, so a hookup could be brewing. In the meantime, Kiki will get some support from Michael (Chad Duell). He’ll wonder if she’s heading home after the Nurses Ball, but she’ll admit she doesn’t want to go.

Kiki will probably hate the thought of being alone after all the Dr. Bensch (James DePaiva) drama. Fortunately, Michael will be there for her until Griffin can take over. At GH, a weak Maxie (Kirsten Storms) will keel over in the hallway. She’ll stumble out there looking for her missing baby, so Sam (Kelly Monaco) and Spinelli (Bradford Anderson) will step up to help. 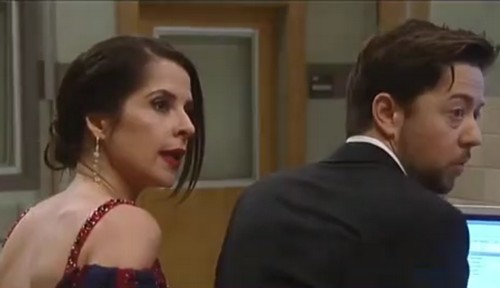 Has Maxie’s son really disappeared or is he just being cared for by the doctors and nurses? Let’s hope the little guy’s safe and sound! Elsewhere, Lulu (Emme Rylan) will face Nina’s (Michelle Stafford) bombshell. She’ll be stunned when Nina spills what Valentin’s (James Patrick Stuart) been hiding. Nina will insist that Valentin knows who Heinrik is, but he’s been leaving her out of the loop.

At the police station, Dante (Dominic Zamprogna) and Finn (Michael Easton) will be worried about Anna (Finola Hughes). Robert (Tristan Rogers) will explain that death could be near! He’ll state that Heinrik will kill Anna if they don’t stop this showdown. General Hospital spoilers say they’ll leap into action, but Jason (Steve Burton) will make it to the pier first. He’ll be full of rage during this big faceoff. 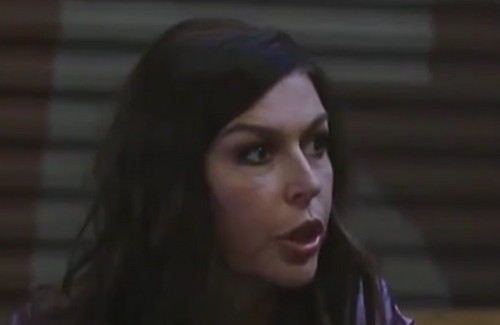 Peter (Wes Ramsey) and Jason will point their guns at each other, so Anna will quickly intervene. She’ll urge Jason to put his weapon down and let her handle this. Anna just can’t bear the thought of Jason shooting her son.

Of course, Jason will have another plan in mind. He’ll refuse to listen to Anna, so this confrontation should bring plenty of excitement. We’ll give you updates as other General Hospital news comes in. Stick with ABC’s GH and don’t forget to check CDL often for the latest General Hospital spoilers, updates and news.