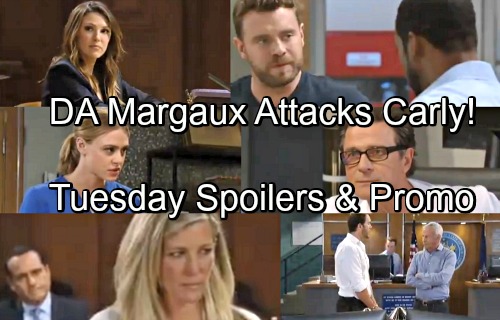 Drew will wonder what’s stopping Andre from doing this procedure, but it’s pretty obvious! Andre doesn’t want to inadvertently kill Drew or do anything else to harm his mind. He’s caused enough trouble as it is, so he’ll be worried about making matters worse. 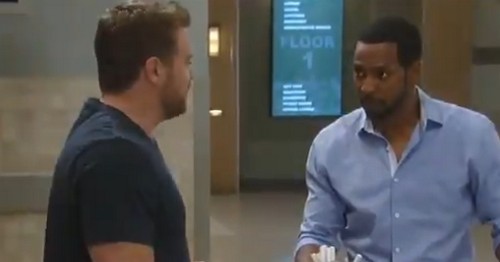 Meanwhile, Kiki (Hayley Erin) will get some shocking news. She’ll freak over whatever Dr. Bensch (James DePaiva) reveals at GH. It’s possible the doc saw Kiki and Griffin (Matt Cohen) heading up to a room together. Dr. Bensch might throw that around as some leverage.

However, this could also be about the shadow program. Dr. Bensch may be miffed about the interruption at the Nurses Ball. He was anxious to spend some time alone with Kiki, but Griffin derailed that plan. In retaliation, Dr. Bensch might try to knock Kiki out of her shadowing spot. He could make her look bad in the eyes of the board.

Regardless, Kiki will be upset about Dr. Bensch’s revelation. She’ll insist that if he does this, it’ll end her career before it ever begins. Over with Franco (Roger Howarth), he’ll think it’s time to meet the rest of Liz’s (Rebecca Herbst) family. These two haven’t tied the knot yet, but they intend to eventually. Franco will want to show Liz he’s all in, so he should face some awkward meetings soon.

Other General Hospital spoilers say Alexis (Nancy Lee Grahn) will ask Kevin (Jon Lindstrom) for a consultation. She feels like her love life always turns into a giant mess. Alexis will hope to make an appointment and dig deep for answers. She should learn more about herself soon, so that might help her cope with her pain.

Elsewhere, Finn (Michael Easton) will make a bold declaration. He’ll tell Anna (Finola Hughes) that he’s exactly who she should be with. Finn will want to stop dancing around the subject and just address their strong feelings. He’ll think they should commit to a romance, so hopefully Anna will get on board.

Peter (Wes Ramsey) will also try to score a deal in Tuesday’s episode. He’ll note that Robert (Tristan Rogers) will only get what he has to offer if the charges are dropped. Peter will maintain that it’ll be worth Robert’s while. In the courtroom, the judge will ask how Carly (Laura Wright) pleads. She’ll reluctantly go with the insanity angle Diane (Carolyn Hennesy) insisted on. 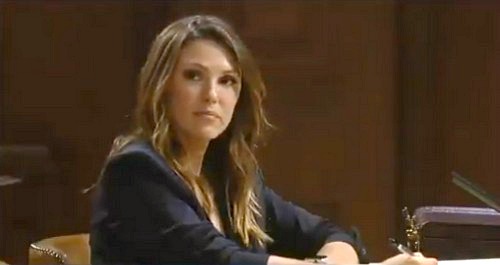