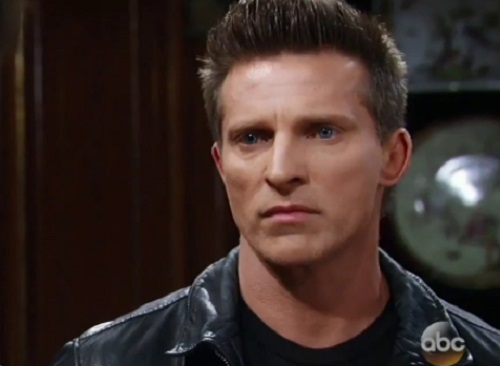 General Hospital (GH) spoilers for Wednesday, April 11, tease that Maxie (Kirsten Storms) will visit Nina (Michelle Stafford) with a goal in mind. She’ll hope she can convince Nina to cut Peter (Wes Ramsey) some slack and let go of her animosity. Nina will insist that she still doesn’t trust Peter, but Maxie will make a good point. She’ll suggest that Peter brings her comfort and that should be enough.

Nina will likely pretend she’s backing off, but it appears she’ll actually move forward with her investigation. General Hospital spoilers say Nina will get updates from Curtis (Donnell Turner) on Wednesday, so they’ll agree to meet up soon. Nina is determined to protect Maxie and that means Peter’s going down. Whether Nina makes it happen or not, big trouble’s brewing for Heinrik!

Speaking of Heinrik, Jason (Steve Burton) will have some news about the search. He’ll track down Anna (Finola Hughes) so they can once again compare notes. Jason recently pointed out that Heinrik seemed to be leaving hints for his mother. If his new info relates to that theory, Anna’s sure to be on edge. 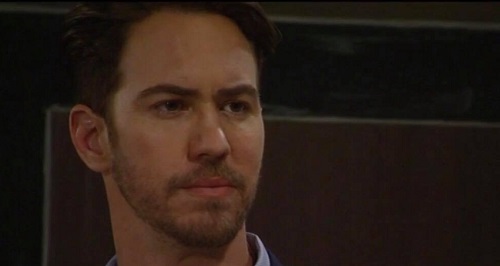 However, Anna will manage to stay calm and focus on brainstorming. She’ll come up with a potentially helpful approach in Wednesday’s episode. General Hospital spoilers state that Jason will voice his disapproval by the end of the week, so keep watching for another round of conflict.

Elsewhere, Peter will remain hidden in plain sight. The Heinrik seekers don’t have a clue that Peter’s the man they’re searching for. Peter would like to keep it that way, but Valentin (James Patrick Stuart) will think he’s poised to blow this for both of them. He’ll contend that Peter’s been avoiding him and suggest it must due to his strengthening relationship with Maxie.

Peter may argue that he’s just been busy, but Valentin will know better. He’ll remind Peter that he was told to pull away from Maxie, but it obviously didn’t sink in. Valentin will try to make himself a bit clearer this time. He’ll rev up his threats and warn Peter of just how bad things could get if everything’s exposed. 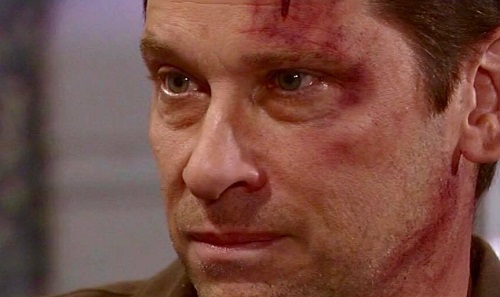 At GH, Liz (Rebecca Herbst) will be determined to cheer up Franco (Roger Howarth). He’s faced quite an ordeal, but Liz will think she can put a smile on his face. Will Liz push Franco to come home with her? Will the boys have a surprise waiting? Whatever the case, Franco may not be ready just yet. General Hospital spoilers say Franco will believe he needs some time to take all this in.

In fact, it looks like a therapy session is on the way. GH’s preview video shows Kevin (Jon Lindstrom) declaring that the blame falls solely on someone else. The doc will probably try to help Franco understand that only Jim’s (Greg Evigan) responsible. Heinous Harvey committed the crimes and ultimately paid the price.

Are you glad Drew (Billy Miller) took Jim down? What do you want to see next in Liz and Franco’s storyline? We’ll keep you posted as other GH details emerge. Stick with the ABC soap and don’t forget to check CDL often for the latest General Hospital spoilers, updates and news.