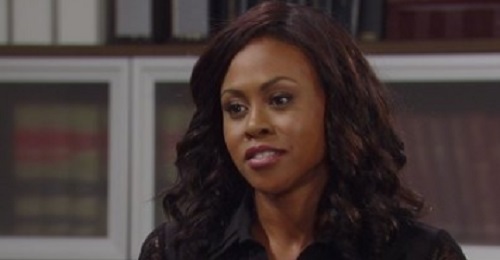 General Hospital (GH) spoilers tease that fans are growing concerned about Jordan (Vinessa Antoine). She’s had a bit of a cough in some recent scenes, so some viewers have wondered if Antoine herself might be sick. However, it’s looking more and more like this is setting up a story for Jordan. Her latest cough was just too blatant to ignore. It sounded forced, so it may be part of a looming plot.

GH watchers started speculating after Antoine coughed right in the middle of an interrogation. It just didn’t seem like the real deal. If it had been, General Hospital probably would’ve let Antoine reshoot that scene. Since there have been other coughing incidents here and there, this could be a subtle tactic to introduce Jordan’s next storyline.

Jordan hasn’t done much other than police business lately, so it’d be nice if she got something to sink her teeth into. Curtis (Donnell Turner) could be pulled into this as well. Perhaps Jordan’s cough will gradually get worse in the weeks ahead. How long until Jordan starts coughing up blood or displaying some other serious symptoms? She may have a devastating illness and quite a battle to fight. 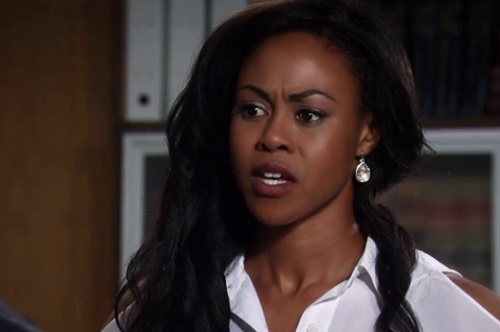 Of course, Curtis would support Jordan every step of the way. This could give TJ (Tequan Richmond) and Stella (Vernee Watson) some good material, too. Jordan will need people in her corner if she’s diagnosed with something grave.

Perhaps this could ease the remaining tension between Stella and Jordan. TJ would lean on Molly (Haley Pullos) if GH took this route, so she’d also get more airtime. In other words, Jordan’s health crisis could create opportunities for several characters we don’t see very often. The change of pace could be refreshing, especially for Jordan fans.

Do you think Jordan’s persistent cough is a sign of things to come? Is a tragic illness storyline in the works? Since there have been some cast cuts lately, should GH viewers be worried about Jordan’s fate?

A little ice cream never hurt nobody… except @TamaraBraun. She’s lactose intolerant. Our thanks to ABC and @CVTSoftServe for helping us celebrate #GH55 on our first day back from Spring Break! #GH pic.twitter.com/JqK2us8l1I