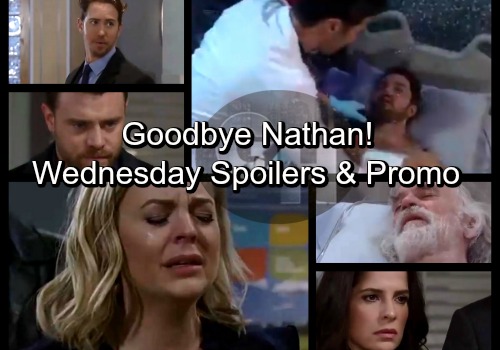 General Hospital (GH) spoilers for Wednesday, January 31, tease that Maxie (Kristen Storms) will start to panic. One minute Nathan was smiling and talking. The next he was flatlining! Once Maxie processes what’s happening, she’ll frantically call for a doctor. When Griffin (Matt Cohen) appears, Maxie will beg him to save her husband. She won’t know what she’ll do if Nathan doesn’t make it.

Griffin and the rest of the staff will order Maxie to leave the room. They need to give this their full concentration. Maxie’s an emotional wreck, so she would just get in the way. Griffin will get the paddles out and try to jolt Nathan back to life. He’ll do everything he can to save Nathan, but he’ll fear that the fight’s almost over. 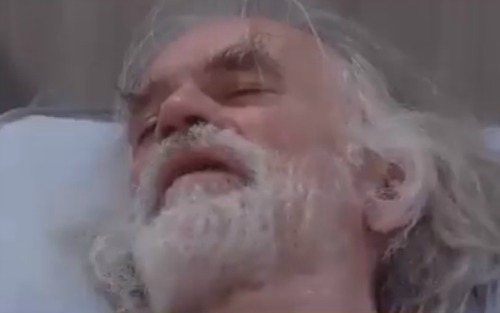 Nina (Michelle Stafford) will be stunned when she hears about Nathan’s setback. She’ll storm toward the door of his room, but she’ll be held back by Valentin (James Patrick Stuart) and an officer. General Hospital spoilers say Valentin will attempt to comfort his Nina during this difficult time.

Mac (John J. York) and Felicia (Kristina Wagner) will arrive to console Maxie as well. This is sure to be a terrible ordeal for all parties involved. We know Nathan’s exit is looming, so it’s doubtful that Griffin will be able to revive him. 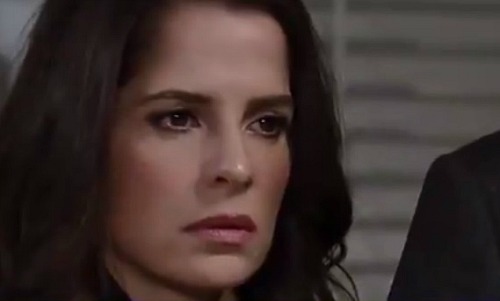 Across town, Curtis (Donnell Turner) will bump into Lulu (Emme Rylan) and ask what she’s working on. Lulu will suggest that it’s a very important story. Curtis will hope it has a happy ending, but Lulu will insist that it has to. She’s been typing up some news about Nathan’s struggle to survive, but devastating updates are headed her way.

Meanwhile, General Hospital spoilers say Stella (Vernee Watson) will lash out at Jordan (Vinessa Antoine). These two can never seem to get along. It looks like Stella will rant about TJ’s (Tequan Richmond) landlord drama and all the other development chaos. Jordan will hate what’s happening, but Stella won’t think pity is a solution. She’ll shout that Jordan needs to do something about it. 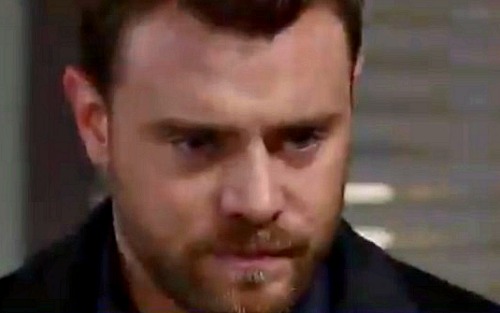 Back at GH, Drew (Billy Miller) will grow suspicious of Peter (Wes Ramsey). Faison (Anders Hove) noted that Drew knew more than he realized. After talking it over with Jason (Steve Burton), Drew may put it all together. The brothers will probably determine that Peter may be Heinrik, so expect a heated confrontation.

Peter will deny any involvement with this baddie. He’ll argue that Faison would say anything to manipulate the twins and shift blame. It sounds like the walls are closing in on Peter, but he won’t be ready to surrender.

In Faison’s room, Drew and Sam (Kelly Monaco) will seek details. Once they approach Faison’s bedside, he’ll point out that Drew got the girl. Faison will grin and ask if Drew’s there to thank him. This GH episode should be intense! We’ll keep you posted as other news comes in. Stick with the ABC soap and don’t forget to check CDL often for the latest General Hospital spoilers, updates and news.