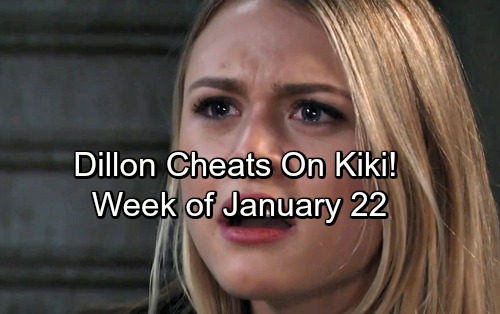 General Hospital (GH) spoilers tease that Kiki (Haley Erin) has some terrible news headed her way. Her world will crumble, so she’ll definitely need the support her loved ones. During the week of January 22-26, Kiki will face a devastating blow. She’ll discover that she’s been betrayed, so this could be about Dillon (Robert Palmer Watkins).

GH fans have been voicing their support for Watkins on social media. The show chose not to renew his contract and sent his character off canvas. The firing caught Watkins off guard, but he’s been sweet about the whole thing. On Twitter, Watkins made it clear that he didn’t hold a grudge and would be happy with a recurring role. He enjoys playing Dillon, so he’d jump at the chance to do short stints. 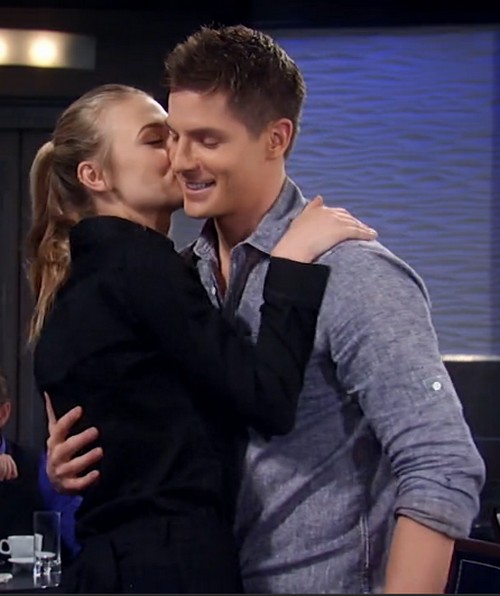 Unfortunately, GH hasn’t contacted Watkins about making any brief comebacks. In fact, they didn’t even bring Dillon home for a Quartermaine Christmas! Watkins’ supporters are trying to hold out hope, but new General Hospital spoilers suggest that a return trip won’t be happening anytime soon.

Dillon and Kiki have been growing apart over the last few months. Kiki got pretty busy with work and studying, so that didn’t leave much time for their romance. However, Dillon could’ve been a little more understanding about it. He chose to get annoyed instead of backing Kiki up. She needed a cheerleader, not a critic.

Of course, Kiki’s the one feeling neglected now. Dillon’s been off pursuing his own career dreams and Kiki gets that. Still, their long-distance relationship has proven difficult. It’s only going to get harder in the coming episodes. There’s a good chance this is all leading up to a cheating revelation. 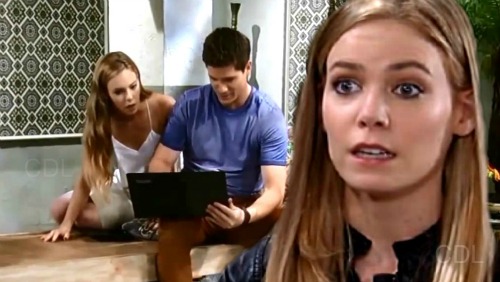 Dillon may call Kiki up and admit that he’s already with someone new. Then again, Kiki might catch a social media post that features Dillon cozying up to another woman. There’s been some speculation that Dillon could even be the father of Nelle’s (Chloe Lanier) baby, but that hasn’t been confirmed yet. It would certainly be a real shocker.

Whatever the case, Kiki’s about to get her heart broken. Even if this just involves a hookup with some random floozy, Kiki will be crushed. This could open the door to a fresh romance. Kiki doesn’t have many options right now, so Ava’s (Maura West) worst fears might come true. Griffin (Matt Cohen) and Kiki would make an awfully cute couple.

It sounds like Kiki will have a lot on her mind soon. Will Griffin be the one she turns to? We’ll give you updates as other General Hospital details emerge. Stay tuned to ABC’s GH and don’t forget to check CDL often for the latest General Hospital spoilers, updates and news.