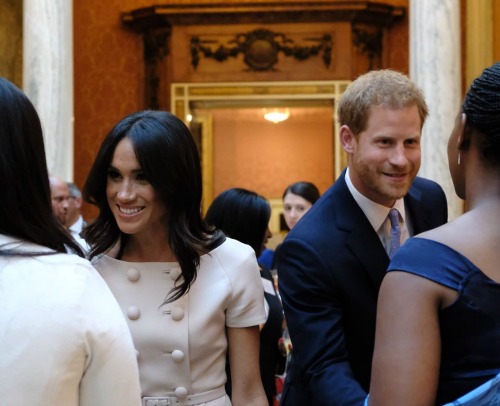 Prince Charles is spending more money than ever before now that Meghan Markle has arrived. The future King of England helps fund the activities, royal engagements and tours of his children and their spouses. In the past, Prince Charles has helped pay for the expenses acquired by the Invictus Games and trips taken by Prince William and Kate Middleton.

In the coming months though, Prince Charles is also expected to help fork over money for Prince Harry and Meghan Markle’s upcoming international royal tour, and so forth.

Statistics even show that Prince Charles’ spending has increased by 40 percent after the Duchess of Sussex began her official duties. But this is not all due to Meghan being in the family. It’s also because the Duke and Duchess of Cambridge have finally stepped their work load and are now doing more royal engagements than ever before.

As a matter of fact, Kate Middleton even did a number of royal appearances earlier this year, despite being in the advanced stages of her pregnancy.

For many royal observers, this is nothing new. After all, many critics already know that Prince Charles already takes care of all the expenses for Prince William, Kate Middleton and Meghan Markle’s husband, Prince Harry. Prince Charles receives the majority of his income from the Duchy of Cornwall, which covers over 130,000 acres parts of the South of England.

Once Charles becomes King of England though, Prince William is expected to take over his father’s private estates. Figures show that Prince Charles received an estimated $27.5 million from the Duchy back in 2017.

Meghan, meanwhile, wanted to make it clear that before she married Prince Harry, she paid for all of the clothes she wore during her royal engagements and public appearances as Harry’s royal fiancé. After all, as a former Hollywood and television actress, she did have her own career and income.

Meghan reportedly even paid $78,000 for the Ralph & Russo gown she wore during her engagement photos with Harry. But now that she is an official member of the British royal family that has all changed. Her royal wardrobe now comes from her closet at Kensington Palace.

So far Buckingham Palace has not made any comments about Prince Charles’ spending. In the meantime, don’t forget to check back with CDL for all the latest news on Meghan Markle and the rest of the British royal family right here.