There’s a new report that says Prince Harry and Meghan Markle’s future children won’t be getting the royal treatment the same way Prince George and Princess Charlotte do. In fact, Harry and Meghan’s kids won’t be princes or princesses at all.

Prince Harry has made it no secret that he can’t wait to be a father. He’s proven plenty of times in the past that he has what it takes to become a hands-on dad. And now that he’s engaged to his fiancé Meghan Markle, many royal observers believe that it won’t take long for the couple to start working on their family soon after they get married. Yet, their children won’t be getting the same titles that Prince William and Kate Middleton’s children have.

Instead, Harry and Meghan’s future children will be called Lord Mountbatten-Windsor and Lady Mountbatten-Windsor. That’s because of a royal decree set by King George V back in 1917. He stated that any of the great-grandchildren through the male line of the reigning sovereign would not receive HRH’s with the exception of the oldest son of the Prince of Wales. In other words, only Prince George gets the fancy title while everyone else must take the Mountbatten-Windsor surname. 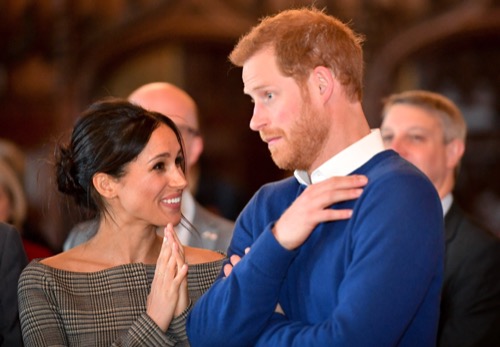 Of course, this doesn’t mean that Harry and Meghan’s children won’t be getting the same kind of attention that Prince George and Princess Charlotte get from the media. In fact, there’s a good chance that their children might become even bigger celebrity stars than George and Charlotte. That’s because everyone will be interested to see Harry and Meghan in their roles as parents. And seeing just how Prince Harry loves to spend time with children, he will most likely be a very proud father and family man both behind closed doors and in public, too.

As a matter of fact, Harry said that he and Meghan definitely do have babies on the mind. Of course, the couple just have to wait until they tie the knot before beginning on the next stage of their lives together. Their kids might not be in the same royal category as George and Charlotte, but they will definitely be getting the celebrity royal treatment from their fans and the media.