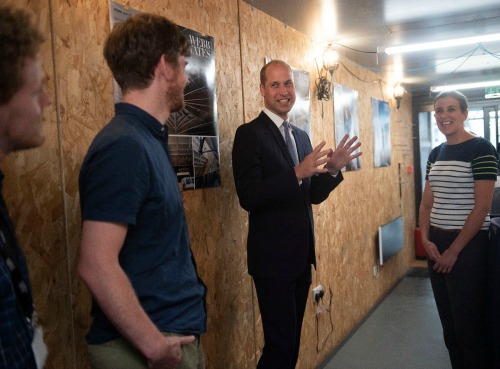 Kate Middleton is feeling concerned over her husband Prince William’s upcoming trip to Africa. That’s because the last time Prince William visited the continent, he mixed business with pleasure, leaving his wife and family was back at home.

New reports indicate that the Duke of Cambridge will be making a working visit to Namibia, Tanzania and Kenya later this month to make his first speech as patron of the Royal African Society (RAS). Kenya happens to be where his ex-girlfriend Jecca Craig lives.

Back in 2016, William planned a trip to Africa during the same time as his ex-girlfriend Jecca Craig’s wedding. For a lot of royal critics and fans, the timing seemed off, as the trip was during the Easter holiday weekend. The Duchess of Cambridge was left behind with their two small children at the time, Prince George and Princess Charlotte.

It would have been their first Easter as a family of four together, but Prince William spent it presumably at what his staff called a “private event” in Africa instead.

If that weren’t enough, in 2014 William reportedly went boar-hunting with Jecca in Spain while Kate vacationed with her parents, Michael and Carole Middleton. While it might appear to look like a sheer coincidence, Prince William manages to see or spend some time with his ex-girlfriend Jecca whenever his wife is busy with her own affairs and family plans.

And now it looks like Prince William might be using yet another opportunity to visit the continent for a solo trip. That’s because his wife is on her official maternity leave with their third child, Prince Louis. Even though the Duchess has made a handful of public appearances since she gave birth in April, it’s doubtful that she would actually leave her three small children to go to Africa with her husband.

That’s why both royal critics and fans alike feel as though Kate Middleton has every right to be concerned. Prince William always chooses to go to Africa whenever it’s inconvenient for his wife or his even his children to go with him, even though they’ve been on plenty of international state trips as a family before.

The dates of Prince William’s trip to Africa have not yet been announced by Buckingham Palace. In the meantime, don’t forget to check back with CDL for all the latest news and updates on Prince William and Kate Middleton along with the rest of the royal family right here.