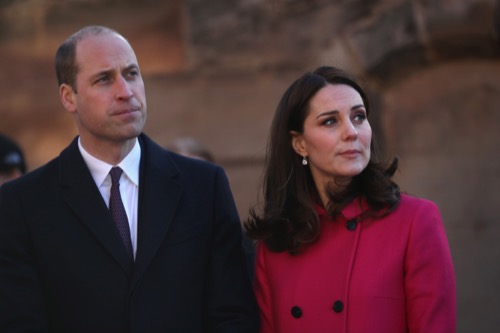 Kate Middleton wants her hot husband Prince William back. At least, that’s what a lot of royal observers can’t help but think as there’s a good chance the Duchess might be behind William’s new and improved image.

Prince William debuted his buzzed haircut during a royal engagement at the Evelina London Children’s Hospital this past week. And apparently, it’s a huge hit. A lot of fans have commented that the prince looks much better with his buzzed hair cut than he did with only half of his hair on top of his head before. For years, Prince William has been the butt of jokes for looking like a balding middle-aged man even though he’s only 35 years old. Even his wife Kate has made jokes at his expense.

A lot of royal observers can’t help but wonder if Kate Middleton might be behind Prince William’s new image. After all, the Duke and Duchess of Cambridge have a little competition now. Everyone is talking about Prince Harry and his fiancé Meghan Markle and how they are the royal family’s ‘it’ couple. Surely, this isn’t something that Kate Middleton wants to hear. As the future King and Queen of England, Kate wants to make sure that the spotlight stays on them, and that’s why she’s making some much needed changes. There’s no way that the Duchess will allow Harry and Meghan to push her and William to the side. But unfortunately, that has been the case in recent weeks. 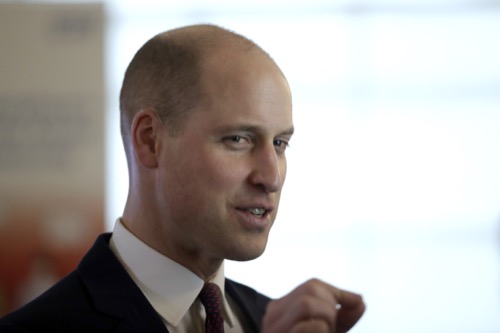 Harry and Meghan have been making headlines non-stop about their public appearances, their wedding, and their future plans together. Meghan is getting so much attention for little things like her messy hair bun that people often forget that Kate Middleton is still pregnant. That’s why the Duchess is doing whatever it takes to remind people that she and William are by far more influential and important than Harry and Meghan will ever be. At least, when it comes to the British royal family’s order of accession to the throne.

So far Prince William himself has not made any comments about his haircut. But seeing how a lot of media outlets are raving about his new look, there’s a good chance that he’ll stick with it. In the meantime, don’t forget to check back with CDL for all the latest news and updates on Prince William and Kate Middleton along with the entire British royal family right here.