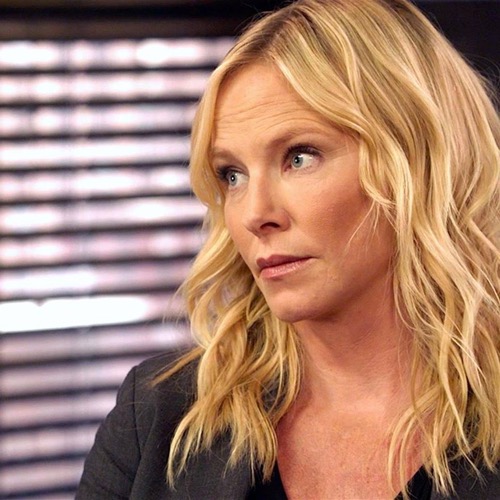 Tonight on NBC Law & Order SVU returns with an all-new Thursday, November 08, 2018, episode and we have your Law & Order SVU recap below. On tonight’s Law & Order SVU season 20 episode 8 called “Hell’s Kitchen” as per the NBC synopsis, “A waitress from a trendy New York restaurant is sexually assaulted at an after-hours VIP party.”

A couple of patrol officers found a young woman asking for help on tonight’s all-new episode of “Law & Order: SVU”.

The woman identified herself as Kayla Morgan. She was in and out of it because she had a few drinks however she had been found with her Uber driver on top of her and half-dressed. Both Kayla and the driver were taken to the station. They were asked what happened and Kayla didn’t have a clear memory of what actually happened. She said her memory was fuzzy and that she must have passed out in the back of the car because the next thing she knew she was being startled awake. Kayla didn’t believe that the driver attacked her and she was apologetic because she didn’t want the driver to press charges. Her story sort of matched up with the driver because he said that he was trying to get her out of the car when she began to beat on him and so he had no idea why Kayla reacted the way she did while the detectives had a suspicion.

They first cleared the driver and so they knew that Boykin hadn’t attacked her, but they suspected that she was attacked that night and that if it wasn’t in the car then it must have happened before then. The detectives retraced Kayla’s steps and found out she left drunk from work. She works as a waitress at a fancy restaurant called Far Rockaway and part of her job description was to convince the partiers to keep going even if it meant she had to join them. According to her coworkers, she had a normal day and was last seen going down into the wine cellar with their boss. The boss was the head chief and he owned the restaurant. His name was Andrew Leibowitz and when asked he told the detectives that he had consensual sex with Kayla.

Andrew claimed that he had a thing for Kayla. Kayla apparently asked him to pop another bottle and he told her that he had been checking out her ass all night. He then said that she had been so hot for it that they had sex against the wine in the cellar and that’s that. Andrew also wanted to know why the detectives were questioning him and they didn’t say anything yet he must have gone to Kayla because she later showed up at the squad room yelling about police interference. They didn’t have a complaint from her and she told them to stay out of it because she made six figures at work and didn’t want to lose her job. Kayla was then asked by the detectives if she was sure about what happened that night and so they eventually got her talking.

Kayla mentioned what she remembered. She told them how she played into Andrew’s flirting and that when she tried to pull away he refused to take “no” for an answer. Kayla described a rape and the detectives tried to explain that to her. She had been victimized and they wanted her to press charges though Kayla refused to do it. She didn’t want to lose her job and she thought it was just her. Only the detectives continued to investigate Andrew and they found three other women that accused him of rape. The women were all from different boroughs and that’s why SV never got any of the cases, except there was no reason why Andrew should have been free to rape again. The detectives checked each claim and it showed that Andrew was a serial rapist with a pattern.

Andrew would invite a waitress to drink with him. He would then flirt and they would try deflect it, but he would always push things too far and that’s when it would happen. He would threaten them, hold them down, rape them, and then keep their underwear as some sort of token. Andrew would then go back to being the happy boss and he wouldn’t turn on them as long as they didn’t say anything. If they did that’s when he would attack their character. He’d fire them and then blacklist them to ensure they never work again. He did this three times in Brooklyn and the ADA hadn’t proceeded with the charges because he said the case was problematic. ADA  Chris Hodges claimed he couldn’t have won those cases if he took them to trial and that’s why he had them dismissed.

Hodges told Stone this and Stone believed the other man had been too concerned with his official record although Lt. Benson had some concerns. She’s heard of Hodges before and he was known for being a Women’s Advocate. He even went to the Women’s March and talked about how women should be believed. It just didn’t make sense to Benson why Hodges would suddenly change his tune. She told Stone about her misgivings and at first he ignored it because he said that with the testimony of the three prior victims that they could convince Kayla to press charges. Kayla was afraid of going up against someone so important alone and so Stone told her how she wouldn’t by herself. She was told about the earlier victims and she came around.

Kayla agreed to press charges and Andrew was later arrested. Unfortunately, his lawyer got the testimony from the tree victims thrown out because of what Hodges did and so Stone worried about what that’d do to Kayla. Kayla needed a support system and that’s when Benson again asked Stone to check Hodges. Hodges grew up in Queens and was all about empowering women yet he hadn’t wanted to do that when it counted and so Stone did check him out because he was trying to get the earlier victims back into the case. He was hoping that he could deem Hodges as a someone that was concerned about his career more than anything else and it turns out Hodges knew Andrew.

The guys went to high school together and were best friends. They were probably still good friends and that’s why Hodges covered for him. Benson knew that she had been right to suspect something and so she tried to find a way to connect Hodges to Andrew on paper, but when that didn’t work, she chose to go with Plan B. Benson told a journalist about what she found and they ran with the story. It was on the front page of every major newspaper and Hodges’s judgement was called into question. In fact, someone came forward with an attempted rape claim and it wasn’t against Andrew. It was actually against Hodges. The woman, Bethany, claimed that Hodges tried to rape her at a party and she had a friend that could partially corroborate it.

The friend took her home because she could see how the victim was shaken up that night and so they used the fact she had a “witness” to compel Hodges. They brought him in and they told him what they had on him. He tried to deny it and said it was Andrew that did it because according to him his friend has always been a predator though he was also running for office and so the detectives claimed they could ruin his careers if he didn’t give them Andrew. So he agreed to help them. Hodges wore a wire as he met Andrew for dinner and he got Andrew to admit that Kayla was fighting him off when he raped her. He also tried to get Andrew to confess to attempting to rape Bethany and Andrew had been very clear when he said “no, that one had been you”.

The two buddies used to gang up on girls together and it turns out Andrew corroborated the allegation against Hodges.

And so both men were arrested for their crimes as well as the cover up.

And the three cases in Brooklyn were being reinvestigated, so now the whole world see these men for what they are – predators.