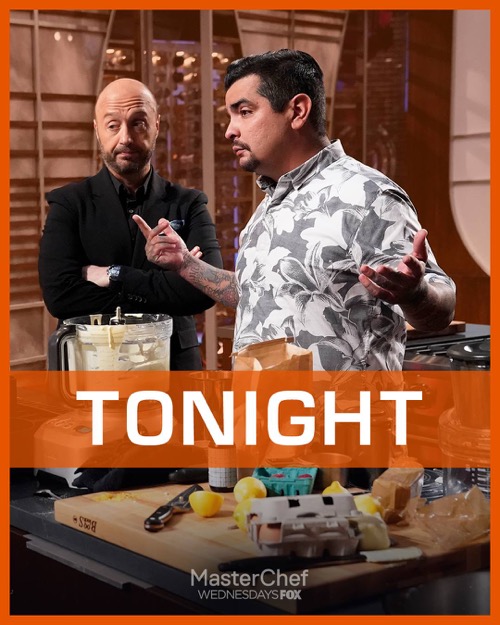 Tonight on FOX Gordon Ramsay’s Masterchef continues with an all-new Wednesday, August 8, 2018,  season 9 episode 12 called “Frying Tonight,” and we have your weekly Masterchef recap below. On tonight’s Masterchef episode as per the FOX synopsis, “The Top 13 contestants face a mystery box challenge with a stockpot and cooking oil and are tasked with making a dish that features a deep-fried element. An extra layer of pressure is put on the contestants as the judges cook alongside them. The winner of the challenge receives a major advantage in the elimination challenge—a citrus-centered dish.”

The top home cooks of America arrived at the kitchen on tonight’s all-new episode of “Masterchef” to find a Mystery Box Challenge waiting for them.

The Mystery Box challenge was when the contestants were given a box that carried one ingredient. This one ingredient has to be crucial to whatever the contestants cooked and therefore he could never just be used for decoration. It had to be a flavor that was carried out throughout the entire meal and this challenge has sent many a promising cook home, so everyone waited with baited breath to find out what they were going to be cool with. They had all the boxes together and they had all been left confused. They found out their mystery ingredient oil and was wondering what the hell could they cook with that when the judges explained.

The oil, in this case, was symbolic. The judges said the contestants were going to be deep-frying their meals tonight and somehow they had to elevate their deep friend meal. Which was difficult! Fried foods were generally seen as junk food because they were something anyone could buy on the fly and so many tried to elevate their meals by doing a newer take on an old recipe. There were fish and chips that was given an Asian flair, some went Italian, and as luck would have it the contestants were cooking alongside the judges. The judges were all going to be deep frying their meals and later they were the ones that went first.

Chef Ramsay cooked Tempura-Fried Squash Blossom with Crab, Vadouvan Spice, and Caviar-Apple Vinaigrette. His dish looked like it could be a masterpiece however the other judges hadn’t slouched off this challenge either. Chef Sanchez cooked Fried Oyster Taco with Habanero aioli and Chayote-Jicama Slaw. His dish was a riot of color and looked just as appetizing. Meanwhile, Joseph Bastianich had cooked Fritto Misto which was Fried Scampi, Calamari, Lemon, and Zucchini. The contestants got to taste from each dish and they loved them all. They were all perfect examples of what could be done with fried food and so, afterward, the contestants had to show what they did.

The judges decided to call down first Shanika. It was her first time in the Top 3 and she strived to make the most of it with what she cooked. She created Fried Pancetta & Apple Risotto Cake with Kale and Tomatoes. The judges had all taken a taste and they had all enjoyed her dish because they said it had an authentic Italian flavor and was still light because of the apple is thrown in there. The next person the judges called down was Ralph. Ralph created Fried Chicken Adobo with Coconut Curry Rice and Fried Vermicelli. He had wanted to throw in his Filipino heritage and it made off with the judges. They enjoyed the way he fried the chicken in seasoning and how all the flavors came together.

The last person the judges called down was Chelsea. Chelsea crated Goat Cheese Arancini with Beet Salad and Lemon Vinaigrette. The judges loved the combination of the flavors and so the only thing the judges could say about any of them that could be subtraction was the plating. All the dishes could have plated a little better than what they have seen and that was something for them to remember going forward in the competition. Once the judges had tasted each dish, they deliberated amongst themselves and came to a decision. They believed the chef with the best dish tonight was Shanika. She was on point with both flavor and her plating was the best of the group. And Shanika’s win also came with privileges.

Shanika was immune from the Elimination challenge and she got a special privilege. Normally, someone safe from elimination got to pick what the rest of the contestants had to cook for the Challenge and Shanika didn’t get that. The judges decided that everyone was going to be cooking with citrus fruit. The contestants could either go with savory or sweet and so that left that decision with Shanika. Shanika chose who got a savory basket and who got a sweet basket. She could have gone with what people asked for and instead she decided to play tragedy. She gave people baskets she thought she couldn’t handle and with some of them, she made the right choice.

Shanika gave quite a few people savory baskets because she knew that they were better bakers. She also gave the sweet baskets to people that have never had to bake anything so far and so she wanted to trip them up. Most of Shanika’s decisions were about wiping out true threats. She even let people get away with a few things because she knew that there weren’t the rising stars they thought they were and so that’s when she gave Cesar a sweet basket. The last challenge he won had been a baking challenge and he thought Shanika had forgotten about that. And so when the cameras panned to her face on the balcony, it showed that Shanika hadn’t seen him as a threat at all.

Shanika’s strategy wasn’t truly shown until time ran out. Some of the cooks had absolutely disgusting looking dishes and so the judges decided to start calling them down. They called down Gerron who had a savory basket. He cooked an Orange Jerk Chicken with Coconut Cauliflower Puree, Bacon, and Brussels Sprouts dish. The judges had enjoyed the flavors even if they did think it needed more seasoning. The next person the judges called down was Ralph. Ralph cooked a Brazo De Mercedes with Mixed Berry Calamansi Coulis dish. It had been disgusting and the judges had called if a fail.

The judges next called down Ashley. She cooked a Lemon Layer Cake with Lemon Curd, Blueberry Sauce, and White Chocolate Whipped Cream. It looked nice and it thankfully tasted delicious. So the judges called it her best performance yet. Ashley’s layered cake had worked out so well that she was a tough one to follow and that’s why it hadn’t been great when Cesar was called next. He cooked a Lemon Chiffon Cake with Pecan Mascarpone Filling and Whipped Cream. And it was unappealing! It looked like a slice from a much bigger cake and the judges hadn’t tasted anything citrus in the cake.

The men, on the other hand, were disappointments. SJ was such a promising chef and then he cooked his Meyer Lemon Torte with Lemon Marinated Strawberries and Caramel Topping. It looked bad and it tasted bad. It had Ramsay wondering if he had been wrong to hand SJ an apron. The bottom three were all men tonight. They were Cesar, Ralph, and SJ. And the judges ultimately decided to eliminate Ralph.

Ralph didn’t have the technical skill to bake and that’s why the judges eliminated him.