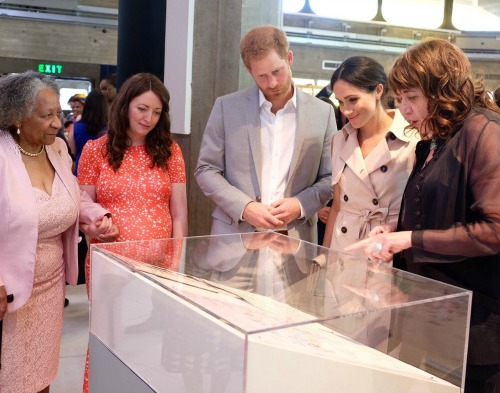 Meghan Markle is feeling horrified over the fact that her father Thomas Markle Sr. just won’t stop talking to the press. As a matter of fact, the former Hollywood cinematographer’s interviews have grown more hostile in nature, as he is now making swipes at the royal family.

Just last week Thomas said that Meghan looks “terrified” in photos of her and Prince Harry during their royal engagements. And now he’s gone on the record to say that there’s a reason why he’s finally decided to open up to the press about his daughter after staying silent for so long.

“I was silent for a full year and the press beat me up every day saying I was a hermit hiding in Mexico, so I gave my story,” Thomas said in a new interview with TMZ. “Apparently that interview put the royal family in their silence mode … so, I gave another interview to break the silence. All they have to do is speak to me. Tomorrow is my birthday, 74 years old, and I’m enjoying the fact that I can make the entire royal family not speak and maybe I can get a laugh out of the duchess.”

At this point, there is not much that Buckingham Palace can do or say to keep Thomas Markle Sr. from speaking to the tabloid press. Thomas has made it pretty clear that he’s willing to say just about anything to not only embarrass the royal family, but hopefully get through to his daughter as well. So far it doesn’t seem to be working though as Meghan refuses to speak to her father.

While no one knows what is really going on behind closed doors at Buckingham Palace, one thing is for certain: the Markles aren’t going anywhere, anytime soon. And for Prince Harry and Meghan Markle, they have become a complete nightmare to deal with.

The last thing Meghan needs to worry about is what her father Thomas or her stepsister Samantha are willing to do and say in order to bring her down. For now, she has chosen to remain silent but many royal critics know that the Duchess of Sussex and the royals will have to do reach out to Thomas in order to keep him from further humiliating everyone involved.

In the meantime, don’t forget to check back with CDL for all the latest news and updates on Prince Harry, Meghan Markle and the rest of the British royal family right here!