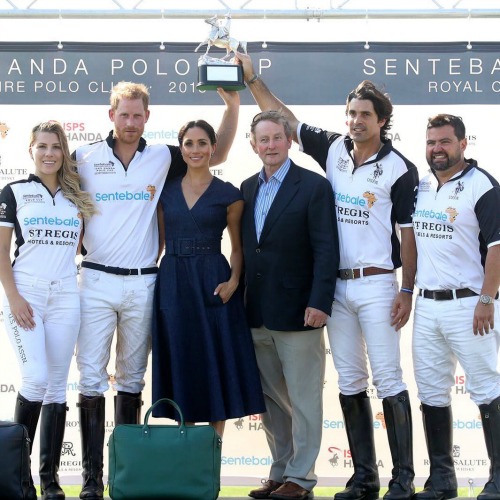 Meghan Markle’s Hollywood friends made a surprise visit to see her and her husband Prince Harry in Oxfordshire recently. As a matter of fact, new reports say that Meghan’s good friend Priyanka Chopra and her fiancé Nick Jonas were on hand to spend a little time with the royal couple in their country home during their short trip to England earlier this month.

According to reports, Priyanka introduced the former boy band star to her longtime friend Meghan and Prince Harry. While no one knows what transpired during their meeting, the vacation was clearly a success. That’s because Nick later proposed to Priyanka, even though they’ve only been dating for two short months now.

The superstar couple made their secret trip to England right before they visited Priyanka’s native India, where Nick reportedly popped the question to her.

Many royal observers know that it would only be a matter of time before Meghan’s Hollywood friends would start visiting her and her new life as a royal at Kensington Palace. After all, the Duchess of Sussex still keeps in touch with a lot of her friends that are still across the pond.

Meghan also spent plenty of one-on-one time with her dear friend Serena Williams and her family right before the women’s final at Wimbledon earlier this month.

As far as Priyanka and Nick though, it looks like the part time actor and chart topper is mingling with his new fiancee’s friends pretty well. One report says that Meghan was very excited upon hearing the news that Nick had proposed to Priyanka after their get together at Oxfordshire.

Seeing how close Meghan and Priyanka are, there’s a good chance that the Duke and Duchess might even make it to their future wedding ceremony and reception. That is, if Priyanka and Nick plan on setting their wedding date in the near future.

As many Hollywood fans and observers know, anything can happen at any time. Priyanka and Nick are still courting and getting to know one another, as far as many critics are concerned.

So far Buckingham Palace has not made any comments about Prince Harry and Meghan Markle’s night out with Priyanka Chopra and Nick Jonas or any of Meghan’s Hollywood visitors for that matter. In the meantime, don’t forget to check back with CDL for all the latest news and updates on Prince Harry, Meghan Markle and the rest of the royal family right here.