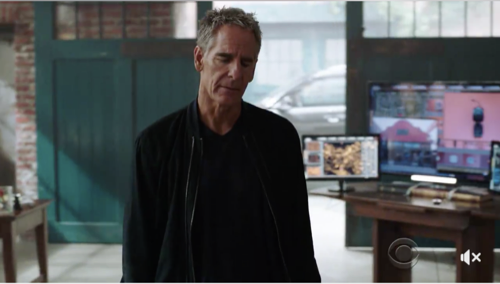 Tonight on CBS NCIS: New Orleans returns with an all-new Tuesday, January 23, 2018, season 4 episode 13 called, “Ties That Bind,” and we have your NCIS: New Orleans recap below. On tonight’s NCIS: New Orleans episode as per the CBS synopsis, “A petty officer’s murder leads the team to a family-owned night club where Pride’s mother used to perform weekly. Also, Lasalle must urgently return home to Alabama after receiving an unexpected call from his family.”

The body of Petty Officer Theo Rawlings was fished out of the water on tonight’s all-new episode of “NCIS: New Orleans”.

The young man had been shot several times and it was clear that his body had been thrown into the water afterward. But while the water may have acted as a forensics counter-measure, the victim had still had one compelling piece of evidence. He had been wearing a bracelet from Delilah’s. Delilah’s was a live music club and it had become a staple in the New Orleans community. So Pride had wanted to go with LaSalle when he went to check things out at the club because not only did he love Delilah’s, but the club owners were longtime family friends. The original owner, Delilah herself, had been a friend of Pride’s mother and so Pride was great friends with her son Felix Hill.

Felix like his mother had always kept the doors to Delilah open. They stood down gangsters, raids, and had even kept things operational after Katrina. But Felix hadn’t just seen Rawlings. He’s known the naval officer since Rawlings broke into the club when he was sixteen and Felix decided to take him in. So Felix and his daughter had been shocked to hear their friend had been murdered and that drugs had been found on the body. They said Felix gave up that part of his life and that couldn’t have relapsed though Pride was forced to break the news that the bag of drugs found on the victim had been too large for consumption use. It had looked like Rawlings was selling the drugs.

But hearing that had been hard for the two. They had loved Rawlings as if he was family and so Pride asked them when was the last time either of them had seen him. So Felix said that he hadn’t seen him for a while though that didn’t make much sense to Pride because he knew for a fact that Rawlings had been at the club the night before and the employees had all corroborated that story with LaSalle. LaSalle, therefore, believed the two were hiding something and later the others thought the same. They figured the only reason the club owner and his daughter hadn’t seen someone they described was like the family was because they knew something about the drugs.

The drugs that had been found on Rawlings had been these new pills on the street called “Yellow Joy”. It was called that because a smiley face was printed on all the yellow pills and no one the team thought it was surprising to find out the pills hit the market around the same time the club miraculously pulled out of debt. The Hills had had loans with everyone and were about to default on their payments when suddenly they were able to pay off everything. Their loans and the mortgage. But there was nothing on paper that could explain how they were able to do so and that sounded like drug money to everyone on the team. Just not with Pride!

Pride believed there must be an explanation and suggested that maybe it was Felix’s new partner, Neil Clydell. Clydell was dating Felix’s daughter Josie and could have helped pay everything off when he became a junior partner. But that sounded a little too convenient for everyone and so they agreed to investigate further, but first, LaSalle got a call from home. It was, unfortunately, his stepmother and she was calling to tell him that his father passed away. The older man had apparently been enjoying the paper when he collapsed where he stood and was dead before the paramedics arrived. So LaSalle had to walk away from the case in order to go home.

LaSalle had told everyone that he was sorry for leaving them while they were in the middle of something. But they understood why he needed to go back to Alabama. He had lost his one remaining parent and needed to pay his respects especially as the two argued when they last saw each other. So what LaSalle only told a couple of people was that his father had tried calling him and he had ignored the phone calls because he hadn’t wanted to get into another argument about how he should come take over the family company. And so Pride did his best to stop LaSalle from beating himself up about that.

LaSalle hadn’t known that his father would die or that their last conversation would be an argument and Pride believed that eventually, the two could have worked through their differences. But LaSalle still felt guilty and his trip to Alabama didn’t help. His stepmother had talked to him about what happened and she knew that her husband was at risk of a heart attack because he had been told he had a bad heart though she thought her husband had mentioned this to LaSalle when he went up to visit him because that had been the whole point of the trip. So LaSalle realized that his father knew he was dying and had chickened out from telling him before either of them could do anything. Like repair their relationship.

His father had just wanted to talk about the company when he saw him last and at the time Bo had just kept trying to convince LaSalle to take over. But what he couldn’t accomplish in life, Bo managed to accomplish in death. He left LaSalle the company in his will and it had been to his lawyer/family friend to break the news to LaSalle. So LaSalle had been upset. He felt like his father didn’t hear a single thing he told him last and that he found a way to still stick him with the company he didn’t want yet there was no way to walk away from the responsibility now. His father left him the company and, even if he wanted it, his brother was in no position to help.

LaSalle’s brother was back in rehab. He’s been in and out for most of his adult life so there was never going to be a time when LaSalle could depend on him. But there were over three hundred people working for the company and so LaSalle couldn’t take breaks from his other job to handle stuff with Rachel. Rachel said she would need him present for six months straight at least. So when given a choice between staying and going, he chose to run away because something came up at work. He found out that Pride had gotten hurt in an explosion at Delilah’s and that the Dixie Mafia had been responsible.

The captains in that mafia had all been locked away, but there were still lieutenants around and they were the ones that killed Rawlings. Rawlings had been investigating Delilah’s because he knew someone was running drugs out of the place and had wanted to catch them. But Rawlings went on to set up cameras in Felix’s office after he tried to warn Felix what was going and Felix told him to back off. So Pride had tried asking Felix why that was when Felix begged him to drop it. He said that he couldn’t tell Pride what was going on because they were bigger things at play and that’s when someone tried to kill him by blowing up his club.

But NCIS was able to piece together. Pride it seems had been right when he said Clydell could be the reason for why things changed financial because Clydell was Dixie Mafia. He started dating Josie as a way to get close to Felix and then used her to get Felix to agree to the drugs coming through the club. So when Felix said he couldn’t say anything, he meant he wasn’t willing to risk his daughter and so Pride did his best to ensure her safety. He was initially going to get her away from Clydell yet someone got to Clydell first and had kidnapped her. And so his team raced to save her from the other members of the Dixie Mafia because they knew they would kill her to cover up everything that happened at the club.

So the team found Josie back at the club because the arsonist was trying to finish what he started by burning down the evidence however they got to her time to rescue her from the fire and had even arrested the man that tried to kill her. But with the club suffering so much damage, Pride hosted a fundraiser to help Delilah’s get back on his feet and everyone showed up. That is everyone besides LaSalle. LaSalle realized that he could run the company and continue to be a federal agent if he was allowed to run things from out of New Orleans. And so he managed to convince Rachel “the supposed family friend” to move there and it was just because he wanted her help with the company.