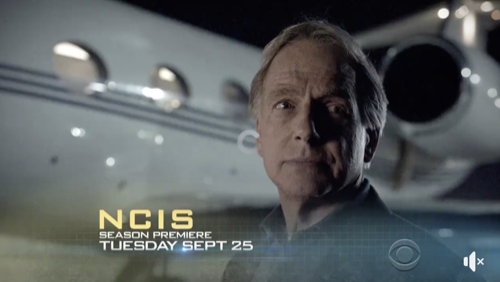 Tonight on CBS NCIS returns with an all-new Tuesday, September 25, 2018, season 16 episode 1 Premiere called, “Destiny’s Child” and we have your weekly NCIS recap below. On tonight’s NCIS season 16 episode 1, as per the CBS synopsis, “The Season 16 premiere: A month after the Director Vance kidnapping, Gibbs is named acting director in his absence while the team searches worldwide for his whereabouts.”

Sloane had proven to be right about Nigel Hakim. He was in the fact a well-known terrorist known as Mashaun. Hakim managed to hide his real identity so well by pretending to be a philanthropist that was only acting out of the kindness out of his heart but the truth was he was a terrorist. He never allowed anyone to see his full face when he was “interrogating” people and so Sloane was only able to recognize him because of his voice. His voice was something she could never forget and that’s why she knew she couldn’t be wrong when she tried to warn the world that he was Mashaun. Sloane tried to tell her government and even his. They all thought she was coming undone and no one took her seriously.

The one person that had been willing to at least look into it had been Director Vance. Vance had rescued Sloane from Mashaun’s compound and he thought he had killed the terrorist however he was willing to investigate to at least know for sure and so that’s why he hadn’t hidden the part that he played. He let Hakim know that he had raided the building that killed some many of Hakim’s family members and so Hakim decided to retaliate. He waited until he had been allowed to return to Europe and used that opportunity to escape the country with something valuable – Director Vance, himself. The man, of course, put up a fight and so Hakim decided to use Vance’s daughter against him. He told the other man that he would kill Kayla and that made Vance stop fighting.

Vance let Hakim and Hakim’s mother Zaiyema believe that he could be converted and all the way he planned a way of sending a message to Gibbs. Not that he needed to do much. Gibbs had realized what happened to Vance and he never stopped looking for him even as their government as well as British Government had offered their help. The Brits had felt bad about protecting Hakim because they thought he was just a philanthropist and so the Ambassador had wanted to do everything possible to help yet Sloane hadn’t forgiven her and had actually been mistrustful because if the Ambassador hadn’t intervened then Hakim would never have been cleared to leave the country. There’s was just something about that, that stood out to Sloane.

Sloane had been upset with herself at it is because she thought she had followed Hakim when she first realized who he was and that she could have put an end to him without anyone else knowing though she really had a bit felling about that ambassador. The woman had defend Hakim too well and so Sloane watched her as the case with Director Vance unraveled. The boss hadn’t been found overseas. He had been seen robbing the Great Virginia Bank with a group of men and that stunned everyone. They couldn’t understand why he would do something like that until he turned out to be the face of new terrorist film. The terrorist cell later released a fil starring Vance and in it Vance said that there would be numerous attacks on the West for what they did to Afghanistan.

Then came the bombings. A few malls were bombed in the nearby region and so that raised the American terrorist level but it hadn’t fazed Gibbs in the slightest. He knew there was no way Vance would be a part of that willing and so he watched the video again with Kasie. Kasie had taken over from Abby and she noticed that Vance only blinked five times during the video. He blinked on everything that spelled out his daughter’s name and so Gibbs picked up on it. He raced to Kayla’s school and he rescued the teenager right as an American born assassin tried to kill her. And so while Kayla was safe, the team still didn’t have all the answers they needed. The dead assassin could offer them nothing and Sloane disappeared.

Sloane had gone over to the ambassador’s house because she had been right about her. Ambassador Riggs had been the only one that knew that Vance had stolen gold bullions from the bank and the only way she could know that was if she had been in on it. So Sloane went to her house and done up her crazy bit. She pretended she had lost her mind and had even managed to give the Ambassador leverage because she had wanted to be taken, hostage. She knew that if she did she would be taken to wherever Vance was being kept and so Sloane played her part although not before telling Gibbs exactly what she was going do. The team had found out that Hakim wanted to hack the Pentagon and give himself a bunch of nukes. And so they were dealing with that while Sloane was slowly being moved to the offsite.

By the time they had dealt with stopping a nuclear fallout, they were able to use the tracker they planted on Sloane and rescue both her and Vance. They also got the chance to finally arrest Hakim. He thought he would be taken to an offsite where he’ll be tortured and Sloane informed him differently. She said they were nothing like him and that he would get a cell, three meals a day, and that he’d be allowed to pray as well. Sloane said that was the difference between them because her side was the good guys.

It had taken Sloane years to recover the first time around but finally having closure would mean she’ll be ready to put the past behind her.