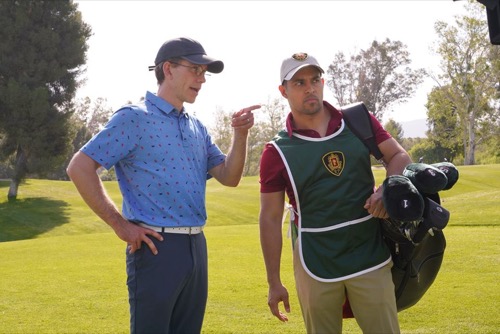 Tonight on CBS NCIS returns with an all-new Tuesday, May 15, 2018, season 15 episode 23 called, “Fallout” and we have your weekly NCIS recap below. On tonight’s NCIS season 15 episode 23, as per the CBS synopsis, “While Gibbs attends the memorial service for a friend who was lost at sea, he discovers that the deceased, Navy Captain Phillip Brooks, has been hiding in a fallout shelter after his boat was attacked and he swam to shore.”

Gibbs attended the memorial service of another friend on tonight’s all-new episode of “NCIS”. He lost his good friend Captain Phillip Brooks who was lost at sea during a weekend excursion. The coastguard never found Phillip’s body and so Gibbs had gone to the funeral with a heavy heart. He thought that they would have to bury an empty casket and hadn’t realized how hard he was taking things until Phillip’s widow asked him for a favor. She hadn’t been able to bring herself to go through her husband’s workshop and had asked Gibbs to take her husband’s old tools. Phillip and Gibbs used to work together on their boat and Marcy said her husband would have liked it if his tools went to Gibbs. And so Gibbs accepted the tools.

Gibbs later went down into the basement to take a look at the tools and, while he had been looking around, he saw a hidden door disguised in the workshop. He hadn’t known what it was and had gone in there expecting to find some hidden project, but what he found was his good friend Phillip. Phillip was alive and well. He has apparently been hiding out in his basement because someone had tried to kill him. Phillip told Gibbs about being out the boat and how right as he was about turn around there came another boat. This other boat tried to ram into him and he could have thought it was an accident except someone else tried to shoot at him. Phillip said that’s when he realized some was trying to kill him.

Phillip was able to survive the ordeal even if he couldn’t save the boat and he said he’s been in hiding ever since. He had thought the situation would have been cleared up early on and so he hadn’t known that his memorial was going on upstairs. Phillip also didn’t know that it had been six days since everyone including the coastguard wrote him off for dead and so Gibbs eventually became frustrated. He asked Phillip why he hadn’t come to him and Phillip said he did. He called NCIS and spoke to a guy with a British accent. He was talking about recently departed Reeves and so Gibbs figured out why he hadn’t gotten the message. It probably came right before Reeves was murdered or in the chaos of that day, Reeves could have simply forgotten.

Either way, Gibbs promised Phillip that he would help and so he convinced everyone to go along with pretending Phillip really was dead. Director Vance had had a problem with faking a naval officer’s death and had only gone along with it because Gibbs said there was no other way to keep Phillip alive. Phillip was so afraid that someone would target him again that he hadn’t even talked Marcy the truth and so Gibbs used Torres to distract Marcy. Marcy had talked to him for a while about she’s slowly trying to adapt to a life without her husband and the team later thought they had a possible answer for why she was doing her best to adjust. They had collected Phillip’s laptop from his home when they brought him to a safe house and they found several pictures on the computer.

The pictures were of Phillip and another woman in various as well as scantily clad positions. Gibbs had taken one look at those photos and said they could be motive. Afterward, he confronted Phillip and asked him about the photos though Phillip claimed the photos were a fake. He said that several months back he had gotten sent a bunch of fake photos and a demand for two hundred thousand dollars. Phillip hadn’t paid and chose to go to the police. The police said that it could be another internet scam and had warned Phillip that he should tell his wife about them if they were really faking because that way the photos couldn’t be used against him. And that’s what Phillip did, he went home and told Marcy everything.

Phillip definitely hadn’t acted like he had something to hide and he hadn’t hidden the fact that he genuinely did know the woman in the photos. He said she was a good friend of his and a couple of agents had gone to speak to her. Antonia Morello had a store restoring old typewriters and she was the only one in business in the strip mall that Phillip owned. She had actually thought the agents were the same investors as before and had taken a tire iron to their car. Antonia later apologized when she realized she was mistaken and she reiterated what Phillip said. They were just friends and she viewed him as a grandfather because he was old enough to be one to her. And so Antonia believed those investors must have had enough.

A few investors wanted to tear down the strip mall and put an apartment complex in its place. The only thing stopping that had been Phillip’s stubbornness. He had liked Antonia’s father and was going to allow her to keep her show because he rather rent it to her than sell out a mom and pop shop. So NCIS checked with the investors and they found one of them was having money troubles. He was having so many troubles that he tried to kill Phil to get his hands on the land and so the team got evidence to prove this. They used their new forensics analyst, Kasie Hines to get financial records and connect him to someone in Phillip’s life. Phillip’s eventually told his wife that he was alive and she had been so upset with him that she refused to talk to him. And had only talked to her boyfriend.

Marcy would later claim she had no idea that the man she’d been seeing had tried to kill her husband, but the evidence was against her because she had warned him when she found out her husband was still alive and so the both of them were arrested for attempted murder.

They were also looking at charges of actual murder because the two may have played part in the coastguard agent’s death.

The agent had been looking into what happened to Phillip’s boat and she could have been killed to end her investigation.