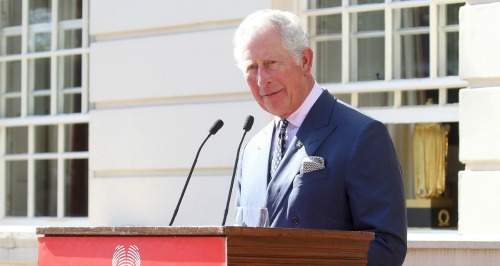 Prince Charles is being slammed by critics for his extravagance after apparently bringing a traveling yeoman with him during his recent tour to Australia. As a matter of fact, the future King of England has been put in the hot seat for his refusal to economize during his travels.

Prince Charles and his wife Camilla Parker Bowles took with them a 13-strong entourage during their trip Down Under, which also included a traveling yeoman. A yeoman is an attended whose job is to make sure that Charles’ clothes are “at the right place at the right time” and look fitted at all times.

Australia had to pay most of the direct costs of hosting the senior royal. But it’s his entourage that is making headlines. Charles had his personal assistant, dresser, butler, valet, and hair dresser make the trip with him.

And now many critics are wondering why Australia and their government is being forced to foot the bill for Prince Charles’ trip and of course, his excessiveness. Michael Cooney, national director of the Australian Republic Movement, had this to say to News.com, “The government should explain to drought-stricken Dubbo farmers why we could afford to spend hundreds of thousands of dollars before Prince Charles had even arrived in Australia. Why did the government force Australians to spend hundreds of thousands of dollars to bring butlers, valets, and traveling yeomen?”

This isn’t the first time that Prince Charles has been slammed for spending an unnecessary amount of money on some pretty unnecessary things. After all, he is known for taking an official sketch artist on tour for him to record his visits in the past. Yet, this time around, many critics are angry that Australia taxpayers also have to pay for Charles and Camilla’s trip to see an old friend. They were spotted visiting billionaire hedge-fund owner Sir Michael Hintze at his home in Gundagai, which is about 500 miles southwest of Sydney. The total cost for the private trip is about $13,000.

It’s also been noted that Charles’ lavish travel taste and habits are nothing like Queen Elizabeth and Prince Philip’s. The royal couple are known for being rather frugal behind closed doors. After all, they like to keep their breakfast cereal in Tupperware and often travel by train.

So far Buckingham Palace has not made any comments about the controversy surrounding Prince Charles’ trip to Australia. In the meantime, don’t forget to check back with CDL for all the latest news and updates on the royal family right here.