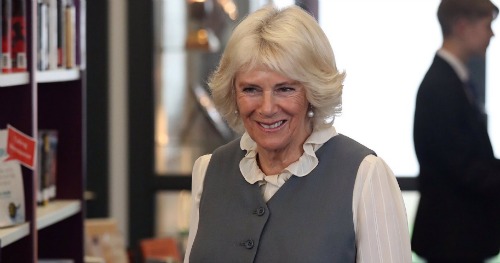 Prince Charles and Camilla Parker-Bowles have something to say about Prince Harry and Meghan Markle’s pregnancy news. Kensington Palace announced on Monday morning that the royal couple are expecting their first child together. This will be Prince Charles’ fourth grandchild.

According to reports, both Prince Charles and Camilla Parker-Bowles are very delighted with the news. Charles is already a grandfather to Prince William and Kate Middleton’s three children, Prince George, Princess Charlotte and 6-month-old Prince Louis.

Apparently, many members of the royal family reportedly congratulated Harry and Meghan on their pregnancy during Princess Eugenie’s wedding to Jack Brooksbank last Friday. Meghan tried to keep her baby bump news under the radar, but that didn’t stop many fans from speculating on whether or not she was indeed pregnant.

Seeing how Prince Charles has a very good relationship with both Prince Harry and Meghan Markle, there’s a very strong possibility that he will be involved in the child’s upbringing. After all, Charles might be the only grandfather in the child’s life. That’s because Meghan is reportedly not on speaking terms with her own father, Thomas Markle Senior.

The two had a falling out after Thomas failed to show up at Harry and Meghan’s royal wedding back in May. Fortunately, Prince Charles managed to step in at the very last minute at walk Meghan down the aisle on the most important day of her life.

And while Charles and Camilla are definitely looking forward to the arrival of the newest member of the royal family, additional reports say that Queen Elizabeth, Prince Philip and the rest of the monarchy are also delighted with the news. Additional reports say that Meghan’s mother, Doria Ragland is very happy with the news and that she “look forward to welcoming her first grandchild.” Doria was last seen with Harry and Meghan during an event in London earlier this month.

So far Buckingham Palace has not made any additional comments about Prince Harry and Meghan Markle’s pregnancy news. The royal couple are currently on their first international state trip in Australia for a 16-day tour that includes stops in New Zealand, Fiji, and more. The couple will be present for the 2018 Invictus Games and are expected to be at both the opening and closing ceremonies.

In the meantime, don’t forget to check back with CDL for all the latest news and updates on Prince Harry, Meghan Markle’s pregnancy and the rest of the royal family right here.