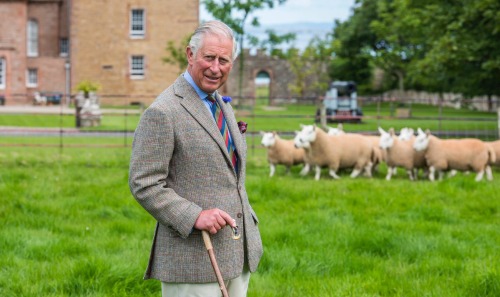 Prince Charles is being slammed for what a lot of critics are calling a smug interview that he gave to Vanity Fair magazine. Prince Charles opened up about his life, his future goals, and his critics in the rather lengthy interview.

While speaking to the publication, Charles pointed out that he has been making speeches about recycling for about forty years, despite being called out of touch. The future King of England says that he doesn’t want to tell people ‘I told you so’ about the issue, but says it anyway. This comes as the UK is trying to ban plastic straws, stirrers and cotton buds.

Prince Charles told Vanity Fair, “I don’t really see any value in saying ‘I told you so.’ As a teenager I remember feeling deeply about this appalling excessive demolition job being done on every aspect of life. In putting my head about the parapet on these issues, and trying to remind people of their long-term tireless relevance – never mind trying to do something about them – I found myself in conflict with the conventional outlook, as I discovered, is not exactly the most pleasant situation to find yourself in.”

Of course, this is not good news for Prince Charles. He knows that he’s now closer to the throne than ever before and that popular public opinion will be very important in the years to come. After all, his mother Queen Elizabeth has for the most part had a favorable rating as one of the most admirable and well-respected members of the British monarchy. The last thing that Prince Charles wants to do is struggle in his new role as the King of England.

As a matter of fact, Charles has been doing everything that he can to look more approachable, warm, and friendly to both his royal fans and critics. During his public appearances, he can often be seen having conversations with the locals while putting in an effort to better understand some of the most pressing issues that are on the minds of many people throughout Britain.

So far Buckingham Palace has not made any comments about Prince Charles or his Vanity Fair interview for that matter. The issue, which features Prince Charles on the cover, is available on newsstands now. In the meantime, don’t forget to check back with CDL for all the latest news and updates on the royal family right here.