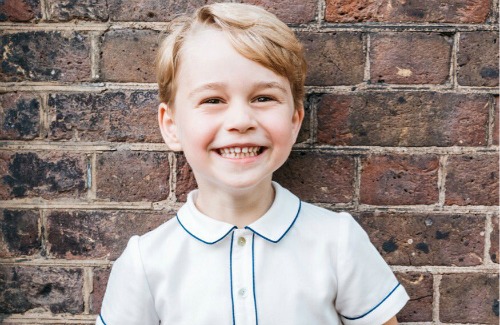 Prince George had reportedly attended his first grouse hunt over the weekend and apparently, many royal critics are not happy about it. As a matter of fact, the report has sparked quite a backlash online, as many people are upset over Prince George taking part in the royal tradition, even though he was with his mother, Kate Middleton.

In addition to taking part in the Windsor family Scottish tradition, Prince George and the Duchess of Cambridge also had lunch with several members of the royal family after their hunting expedition.

The Sun’s royal correspondent Emily Andrews claims that the afternoon was a family fun-filled one, as George was joined by his grandfather Prince Charles, Queen Elizabeth, Prince Edward and his family, alongside Princess Anne, Zara and Mike Tindall.

Even though many royals take part in the family’s hunting tradition, critics slammed the reports for allowing a 5-year-old to participate in the festivities, pointing out that hunting is better off as a royal “past time” and that shooting animals for fun is “disgusting.”

They also pointed out that Prince George’s father, Prince William visited a sanctuary in India and vowed to continue his crusade to protect the Wild. What’s more, recent reports have said that Prince Harry has given up the sport for his new wife, Meghan Markle, who is a known animal lover.

Of course, many royal observers aren’t surprised that Prince George would go on his first hunting expedition at such a young age. After all, it’s common practice in the British royal family. His grandfather Prince Charles does it, his father Prince William and his uncle Prince Harry did it, and there’s a strong possibility that Prince George will continue to hunt as he gets older.

There have even been reports indicating that Prince Charles wants his grandchildren to spend more time with him in Scotland just so he can prep them for their roles as future royals. If there is anyone who is going to teach them about the monarchy’s longstanding traditions, it’s Prince Charles, and no one else.

So far Buckingham Palace has not made any comments about the controversy, although it’s doubtful that anything will be said at this point. The monarchy does not make any comments about the lives of their youngest members, which of course includes Prince George or any of his extra-curricular activities for that matter. In the meantime, don’t forget to check back with CDL for all the latest news and updates on the royal family right here.