Prince Charles To Change Name When Crowned King of England? 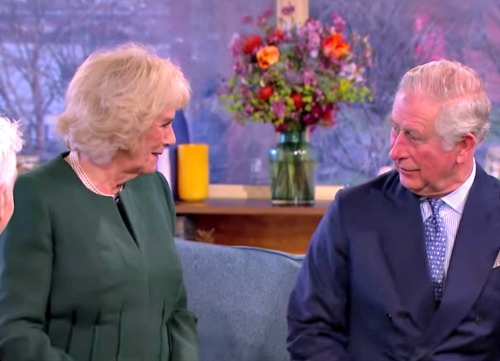 Reports say that many of the British monarchs in recent history have changed their name, including four out of the last monarchs. They’ve switched to a different moniker soon after taking the throne. Prince Charles’ mother Queen Elizabeth II decided to continue with her first name, but her father changed his name. He was born Albert Frederick Arthur George, but chose George, in memory of his own father, King George V.

With that being said, some royal experts believe that Prince Charles might change his name to George VII when he becomes King of England. In other words, the monarchy might not get a Charles III after all. Former palace spokesperson Dickie Arbiter told People Magazine in an interview, “It’s quite possible that he might choose one of his other names: Philip, Arthur or George.

It’s not common, but it’s not unusual. His grandfather, King George VI, was Albert Frederick Arthur George, but he chose George in honor of his late father. Edward VII’s first name was Albert, but he chose his second name, Edward.

But then again, Charles III isn’t out of the running. Royal experts say that Charles might go with his original name or King George VII in deference to his grandfather and as a way to honor and recognize his own mother, Queen Elizabeth.

Of course, Buckingham Palace has not made any comments about Prince Charles’ possible name change in the future, or what his role as the leader of the monarchy one day will looks like. For now, he is continuing to fulfill his royal duties and obligations until he finally becomes the King of England.

Queen Elizabeth, meanwhile, is still in charge and from the looks of it, has no intentions on handing down the throne to anyone, anytime soon. She has showed no signs of slowing down, which means that no one knows when there will be a King Charles III or a King George VII for that matter.

In the meantime, don’t forget to check back with CDL for all the latest news and updates on Prince Charles and the rest of the royal family right here.