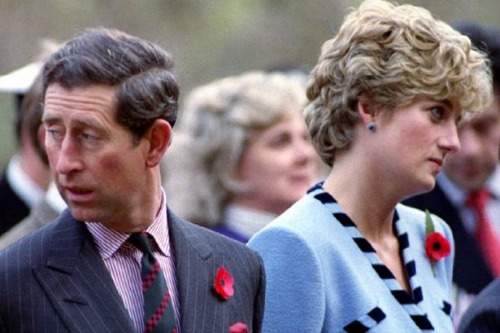 It looks like fans won’t be getting a royal dose of Feud anytime soon. That’s because the FX network have scrapped their plans to devote their second season to Prince Charles and Princess Diana’s rollercoaster marriage. The first season of the critically-acclaimed Feud centered around Hollywood stars Joan Crawford and Bette Davis and their diva antics.

Apparently, Feud Season 2 was supposed to give royal fans all the drama that surrounded Prince Charles and Princess Diana’s affairs, lots of 1980s fashion and the full-blown press war that detailed all of the dirty laundry that surrounded their disastrous union.

Unfortunately, FX chief John Landgraf recently told Entertainment Weekly in an interview that the network has decided not to move forward with their plans.

Landgraf also revealed that the Feud team simply couldn’t get the material that they wanted. As far as Feud’s future, it’s all in the hands of executive producer Ryan Murphy. According to Vanity Fair, Landgraf said, “I’d say if you asked Ryan, he would still say it’s an active series and he’s still intending to do further cycles. But he hasn’t told me ‘this is the cycle I’m doing and this is when I’m doing it.’”

If that weren’t enough, production on American Crime Story: Katrina is also reportedly delayed. Landgraf further explained that should there be any more cycles of Feud, it will be up to Ryan Murphy and his timetable. Many reports suggest that Murphy is working on a new production deal with Netflix that is reportedly worth $300 million.

It remains to be seen if the FX network will change their mind in the future, but for now it looks like fans will have to catch most of Prince Charles and Princess Diana’s marital drama on Netflix’s The Crown. Reports indicate that the highly popular Netflix series will be doing a time jump to focus on Prince Charles and Princess Diana’s marriage after the third season ends.

The producers of Feud have stated that they would have taken a very different approach to the royal couple’s marriage. In other words, The Crown is usually told from the point of view of the Palace, while Feud would have told it from Princess Diana’s perspective.

Ryan Murphy has not made any comments about the report of the future of Feud. In the meantime, don’t forget to check back with CDL for all the latest news and updates on Prince Charles and the rest of the royal family right here.