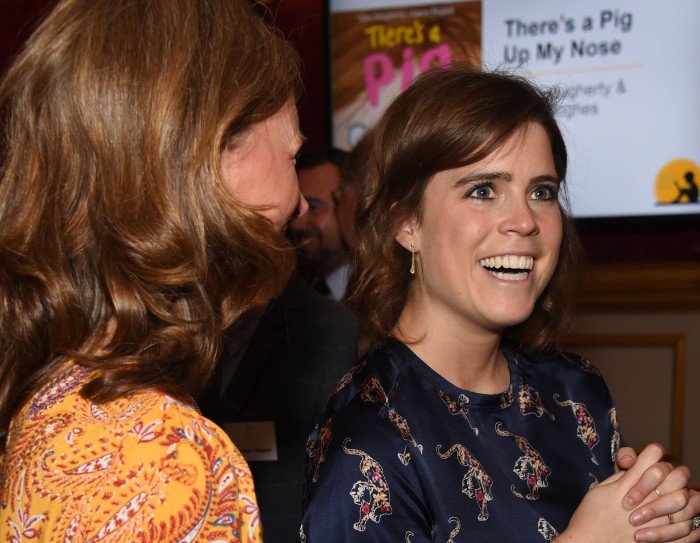 It looks like Princess Eugenie has decided to end her royal beef with Kate Middleton by asking her children, Prince George and Princess Charlotte, to take part in her bridal party later this year. Princess Eugenie will be marrying her fiancé Jack Brooksbank in October. The couple has been engaged for a little over seven months.

According to reports, Prince George will be a page boy while Princess Charlotte will once again be a flower girl. Of course, this won’t be their first time participating in a bridal party. George and Charlotte had roles in both Pippa Middleton’s wedding in 2017 and Prince Harry and Meghan Markle’s wedding at Windsor Castle back in May.

While neither Kate Middleton nor Princess Eugenie has never made any comments about a possible feud between them, many royal observers have noticed the two royals have been keeping their distance from each another over the years. In fact, many reports have indicated that Princess Eugenie and her sister Princess Beatrice have often felt jealous of all the attention that the Duchess of Cambridge has gotten from the press.

Even though Eugenie and Beatrice are the ones with royal blood, it’s Kate Middleton who has always been front and center at every royal engagement with them.

If that weren’t enough, Princess Eugenie and Princess Beatrice after often mocked for having poor fashion taste while Kate is highly regarded as one of the most stylish women in the world. But it looks like Princess Eugenie is letting go of all the petty mean girl grudges by offering to include Kate Middleton’s children in her wedding.

In other words, Eugenie is making an effort to get along with her cousin’s wife and end years of royal beef between them. Now the only question remains is how Kate Middleton will act or what she will even wear to Princess Eugenie and Jack Brooksbank’s wedding.

The last thing she will want to do is upstage the bride or worse, look like she would rather be anywhere else but at the wedding. A lot of eagle-eyed royal fans couldn’t help but notice that Kate Middleton often looked tired and bored during Prince Harry and Meghan Markle’s wedding ceremony at Windsor Castle.

In the meantime, don’t forget to check back with CDL for all the latest news and updates on Princess Eugenie’s wedding along with the rest of the royal family right here.