Kate Middleton and Meghan Markle: Betrayal At The Palace, Rivalry Heats Up? 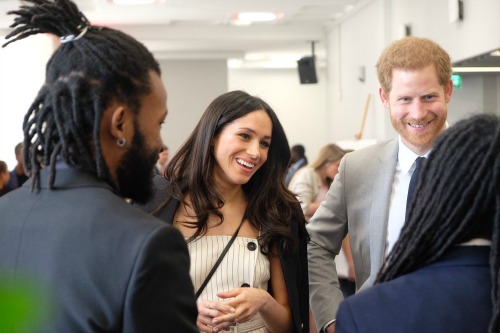 Kate Middleton and Meghan Markle are not becoming the best friends that everyone has expected them to be. As a matter of fact, there are new reports that suggest the Duchess of Cambridge and the Duchess of Sussex are going to be anything but close friends, as Prince William’s wife might possibly be jealous of all the attention that the new star of the royal family is receiving, and while in her absence, nonetheless.

Reports from In Touch indicate that Kate is none too pleased over the fact that Meghan Mania has taken over in Britain and during the worst time possible, too. Kate is at home taking care of her newborn baby Prince Louis, while Meghan is out and about on almost a daily basis. If that weren’t enough, Meghan has been spending a lot of time with Queen Elizabeth, too.

Sure, Kate Middleton has had plenty of royal engagements and public appearances with the Queen in the past, but many royal fans and critics have noticed a change in the Queen’s demeanor. With Meghan, Queen Elizabeth has actually had several friendly exchanges and looks like she truly enjoys the former Hollywood star’s company.

For someone like Kate Middleton, this has to be very frustrating. Some even believe that royal jealously might end up tearing them apart. Up until this point, the Duchess of Cambridge was the one and only royal in the spotlight. But now that Meghan has arrived, everything has changed. The media is solely focusing on Meghan, her marriage to Prince Harry, everything she wears, and of course, how she carries herself in public, too.

That’s why so many critics believe that Kate Middleton might cut her maternity leave short. And that’s not because she desperately wants to get back to work. Instead, it’s because she apparently wants her name back in the headlines.

So far Buckingham Palace has not made any comments about the supposed feud between Kate Middleton and Meghan Markle, although it’s doubtful that any public statements will be made at this point. The Duchess of Cambridge and The Duchess of Sussex will have no choice but to play nice, and especially in public, for not only the sake of the royal family, but for their marriages, too.

In the meantime, don’t forget to check back with CDL for all the latest news and updates on Kate Middleton, Meghan Markle and the rest of the British royal family right here!