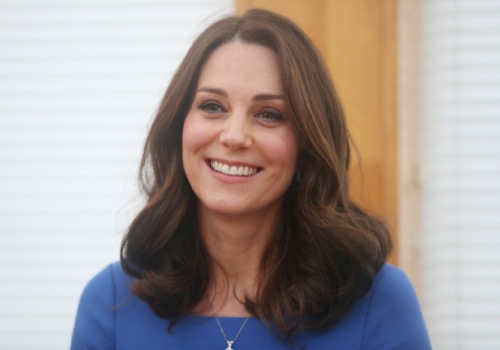 Queen Elizabeth is concerned that pregnant Kate Middleton is looking to break one very important royal tradition. As a matter of fact, new reports indicate that the Duchess of Cambridge is looking to have a home birth just because she wants to avoid the media circus that followed after she gave birth to Prince George in 2013 and again with Princess Charlotte in 2015.

Apparently, Kate is looking to give birth to baby number three at either Kensington Palace or Sandringham House. Even though Queen Elizabeth has her doubts about it, Kate’s husband Prince William is said to be supportive of his wife’s decision.

One insider close to the situation told Britain’s Daily Express, “Above all they have agreed that having a home birth would save a massive intrusion into the day-to-day running of any hospital where she gave birth. They were very concerned about the chaos caused with the first two children as hundreds of press and public camped outside for several days, and they would like to avoid a repeat if they could.”

Of course, royal observers know that Queen Elizabeth has every right to be concerned. After all, anything can happen at any time, especially when it comes to child birth. As the future Queen of England, Kate Middleton isn’t in the position to be taking risks.

What’s more, critics believe there’s a possibility that this might be a power play between the Duchess of Cambridge and Queen Elizabeth. With all of the changes that will most likely happen in the next several years, Kate wants to prove that she’s in charge of her family. She’s not your typical royal and she’s certainly not interested in following every detail outlined in the royal rulebook. While Kate knows that she has certain obligations that she has to fulfill as a member of the royal family, she’s not going to let anyone dictate what she should do when it comes to her marriage and her family life. If it’s true that Kate Middleton wants a home birth, she is going to make it happen, regardless of what anyone has to say about it.

So far Buckingham Palace has not made any comments about Kate Middleton’s birth plan. The Duchess will give birth sometime in April. In the meantime, don’t forget to check back with CDL for all the latest news and updates on Kate Middleton’s pregnancy and the entire royal family right here.